2Face, Tuface or 2Baba as he wants to be called, is borned Innocent Ujah Idibia, and gain popularity under the Boyz band, Plantashun Boiz.
Innocent Ujah Idibia was known by his stage name 2face, which he later changed to 2Baba. 2Baba is a Nigerian singer, songwriter, record producer and entrepreneur.
Since the beginning of his career t9 July 2014, he went by the stage name 2face Idibia. However, he decided to change his stage name from 2Face Idibia to 2Baba.
2Baba is one of the most decorated and successful Afro pop artists in the African continent, and is also one of the most artists in Africa that is sure to pull crowd anytime and anywhere.
So if you’re asked questions about 2Face Idibia biography, how many do you reckon you can answer? This biography of 2Face Idibia you are reading right now, is a perfect example of how talent and hard work can change anybody’s life and story.
2Baba once said that Music is not a hobby, but it is his life. In this article, I will be writing extensively about everything you need to know about this superstar, from his humble beginning to the success he is enjoying today.

2Face legacy didn’t stop in Music only, as he’s renowned for his love life. However, the only woman who is brave enough to hook him and took him to the altar is Nollywood actress, Annie Macaulay Idibia.
2Baba and Annie got married in 2012 in a lavish wedding. They did the traditional marriage in Annie’s hometown, and the white took place in Dubai. 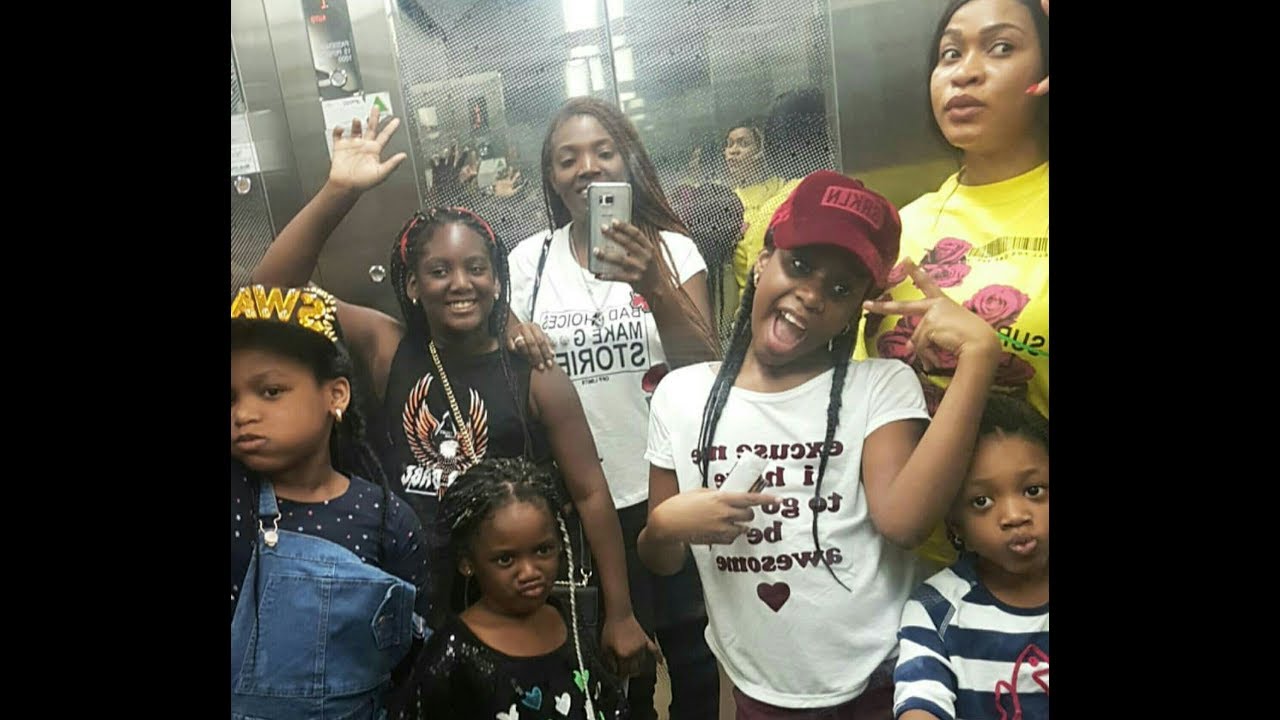 Tuface has seven children from three women, including his Wife, Annie  Macaulay. 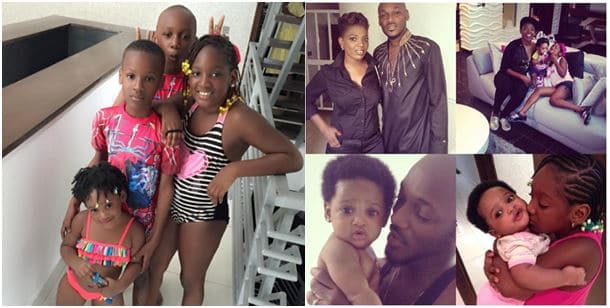 Here is how 2Baba children are related and the name of each child’s Mother:

Take note that all these Children were born to 2Baba and he acknowledges them as his kids.

2Face Idibia or lets address him as he wants to be address now, 2Baba is an accomplished musician, and his numerous awards speaks for him.
Some of the most outstanding awards 2Baba has received includes;

2Baba is addressed by respectable Nigerian musicians as the only Musician who can claim he’s a Legend. Other Nigerian Musicians addresses him as a Living Legend, and for someone his age, he has truly accomplished stuffs made of legends.

Innocent Idibia was born in Jos which is currently the capital city of Plateau state, Nigeria . He is from the Idoma ethnic group in the southern part of Benue State, in central Nigeria.
The Musician when he was very young, attended Mount Saint Gabriel’s Secondary School in Makurdi, Benue State.
Fastforward to his University year, he moved far from his residing state and enrolled at Institute of Management & Technology, Enugu (IMT) which is located in Enugu state. 2Baba did his preliminary National Diploma course in business administration and management.
It was during his academic year in IMT that then 2Face discovered that he can actually take up his music career. He began performing at organised shows and parties in IMT, including other schools around South of Nigeria. During his IMT days, 2Baba performed in schools such as the University of Nigeria (UNN) and Enugu State University of Science & Technology (Esut).
The call to become an accomplished Musician was too much and his academic suffered alot. The musician was wise enough to know this and he eventually dropped out to pursue his music career.
While attending IMT, 2face Idibia started composing and singing jingles at the GB Fan Club at Enugu State Broadcasting Services (ESBS) in 1996.
Also in 1996, he adopted the stage name “2Face” (Tuface). The reason he gave for picking such an usual stage name is this, which he explained in his own words;

“Trying to demarcate my personal life with my business life.”

Very few is knew about 2Baba and his mum. Here’s a photo of the Mother of this Legend. 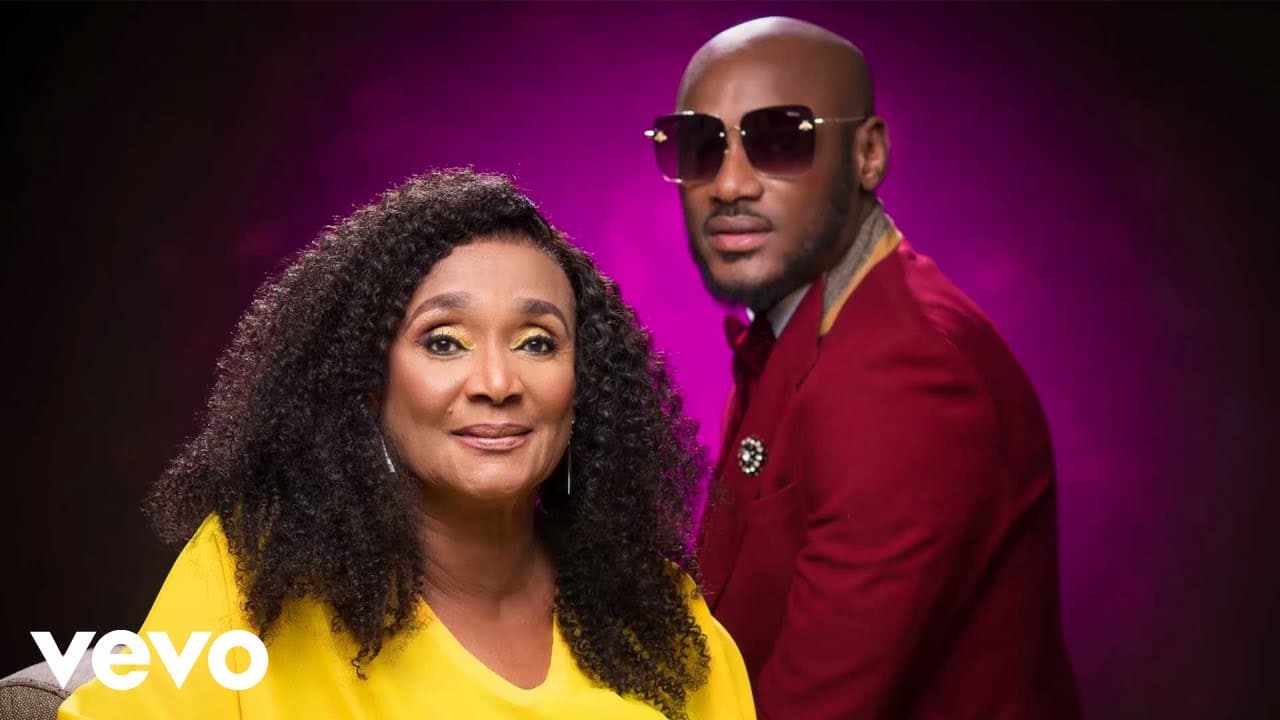 You simply can not write the history of Tuface now 2Baba without mentioning Plantashun Boiz. I will say that 2Face career actually and officially begin in the year 1996.
In 1996, while he was still in the  Institute of Management & Technology, Enugu (IMT), 2Face began writing music. After he had dropped out of school (IMT) to pursue a career in music, he decided that Enugu won’t be the best place to pick up his Music career. So he left Enugu state for Lagos State.
In Lagos State, that is where 2Baba started collaborating with Blackface Naija. Although BlackFace has already met 2Baba while the musician was still studying at IMT.
IN Lagos, Blackface and 2Baba decided to start a band with another musician, Faze, and the band was called “Plantashun Boiz”.
The trio named their band Plantashun Boiz and released two successful albums which are titled;

In 2004, the band broke up, and each musician went on their way to start a solo career. The breakup of Plantashun Boiz was a hit to Music lovers around the country, and like every other band which broke up, one particular Music artist star will shine brighter than others, and in this case, it was Tuface.
The breakup of Plantashun Boiz provided 2Baba with the perfect opportunity to show all his talents as a solo artiste, and like what happened with Michael Jackson, Tuface never looked back, as he went on releasing hits and hits, sending his band members slowly into Oblivion.
2Baba released several albums including:

The breakup of 2004 was not the end of the boys Band, Plantashun Boiz, because in 2007, all the members of the band (Tuface, Blackface and Faze alone) reunited and released their third album “Plan B”.
Plan B was the third and final album ever released by the Band.
Where 2Baba sealed the deal and made himself legend was in 2008, when he released his third album. When in 2008, the singer produced his next album “ The Unstoppable” it was an instant hit. Two years later, In 2010, the album’s international edition was released under the title “The Unstoppable International Edition.”

On 27 July 2014, Tuface change his name to Tu-Baba.
In the American Movie “Phat Girlz”, TuBaba’s “African Queen” was used in the Movie’s soundtrack,and this Movie was released internationally.
The genres Tu-Baba usually releases is; R&B

2Baba has a record label called “Hypertek Digital”.
During his 40th Birthday celebration which was tagged “FORTYfied”. This celebration is an all-Star Tribute Concert, stylised as #FORTYfied concert was organised by 2face Idibia to celebrate his 40th birthday and his strong influence in the music of Nigeria.
2Face has established an NGO called 2Face Idibia Reach-Out Foundation.[26] whose motto is “service to humanity”.
In 2009, 2Baba was appointed as ambassador by National Agency for Food and Drug Administration and Control. Using his best weapon to combat fake drugs and medical products, he released a song “Man Unkind” to raise awareness on fake and sub-standard food and drug products which are either produced in Nigeria or shipped into the country.
In the same year of 2009, the musician was presented with the prestigious International Youth Ambassador for Peace Summit,
Same time, he was also presented with the Nigeria Youth Merit Award by the National Youth Council of Nigeria in recognition of his contributions to youth development in Nigeria.
Tubaba is always for the notion about having a peaceful election in Nigeria.
Hot Topic: Wizkid Biography | Bobrisky Biography | Kcee Biography | E-Money Biography |Countries in Africa