Bobrisky is an enigma, Someone who is hard to understand from afar. Bobrisky is surely one guy who I love reading about. His attitude towards life, his beliefs, and his fight against the Norms in the largest and most popular black nation (Nigeria) have surely paved the way for him to become a superstar, which some may argue.

I won’t be writing about the fairy tales spread about this young man, and if you’re bashful about asking certain questions about him, then don’t worry, because SuperNigeria.com has all questions and facts you need to know about Bobrisky.

Bobrisky is not shy or coy about taking a stand and has fought against few celebrities online, make lots of friends, and pass through some break up with lots of his celebrity friends too. But one thing is certain, no matter how small, Bobrisky has tried giving out to the poor in Nigeria. 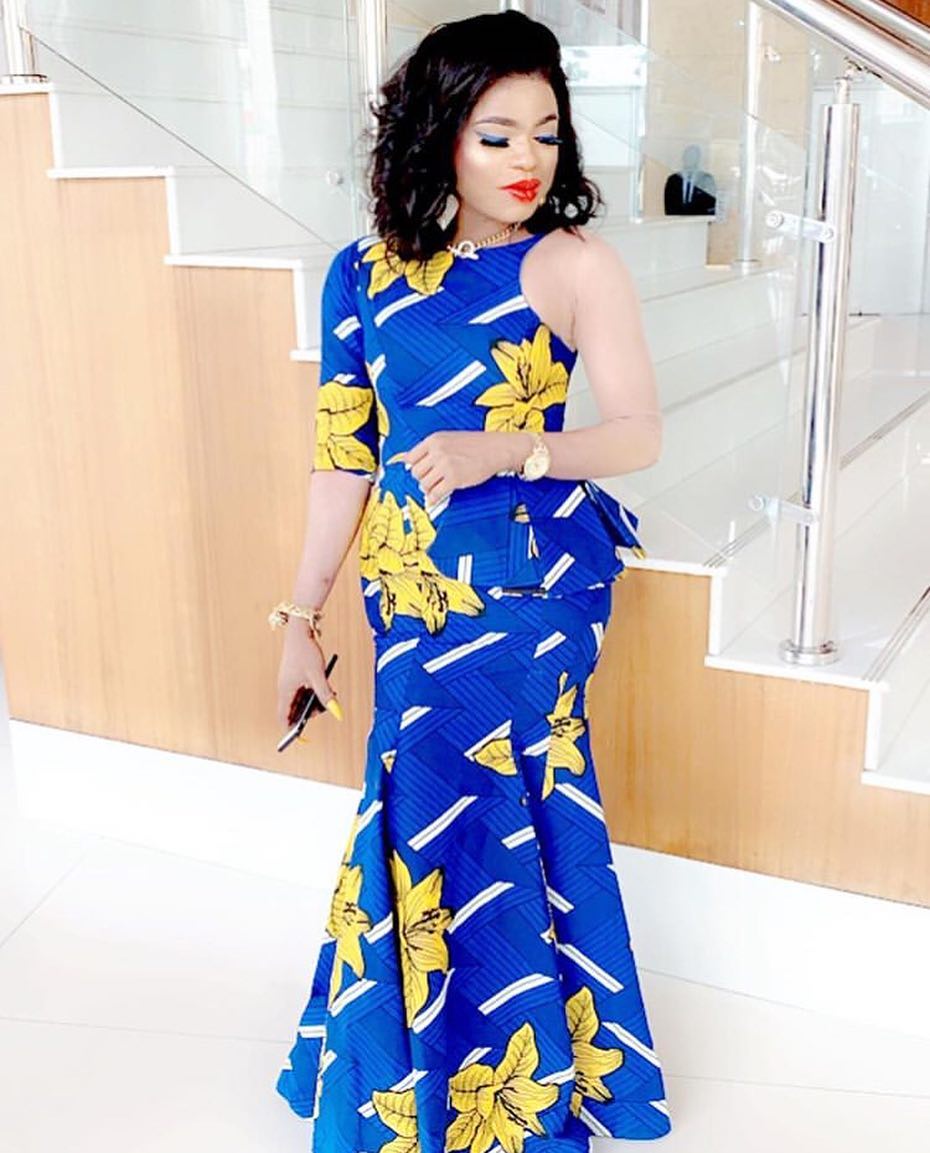 Defining this person seems tricky. Bob calls himself the male Barbie of Snapchat in the Nigerian online community, and also the most popular Nigerian on the social app, thanks to his legion of supporters mostly outside the country.

Born as Okuneye Idris Olanrewaju, Bobrisky is obviously one of those children who grew up wanting to try to pull off their original self, shedding it and eagerly want to be the opposite he was born into.

For someone who has fought against some of the biggest names in the Nigerian entertainment industry, Bobrisky is still young.

The male barbie was born in 1992 in Ebute Metta, Lagos state, and he attended secondary school at King’s College. He finished his education by graduating from Lagos State University (Lasu).

Bobrisky once shared a picture that saw him posing with his mother and millions of people were shocked at the older woman’s beauty. His mother is fair in complexion and looks completely supportive of her son’s beauty business. 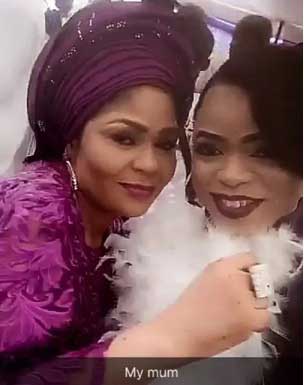 I would love to introduce you to the family members of cross-dresser Bobrisky. The cross-dresser is fond of showing off his expensive lifestyle on social media, but one thing we discovered is that he never talks about his childhood, upbringing or if his family members are supportive of the way he lives his life.

This is understandable, Due to the fact that homosexuality is not currently accepted in Nigeria, which has prompt many Nigerians to believe that some members of Bobrisky’s family might not be comfortable with his lifestyle.

Celebrities Bobrisky Has Quarreled With.

When mentioning celebrities he has quarreled with, I think it’s appropriate to also mention his friends. The male barbie has confirmed that Nollywood Tonto Dikeh is his best friend. 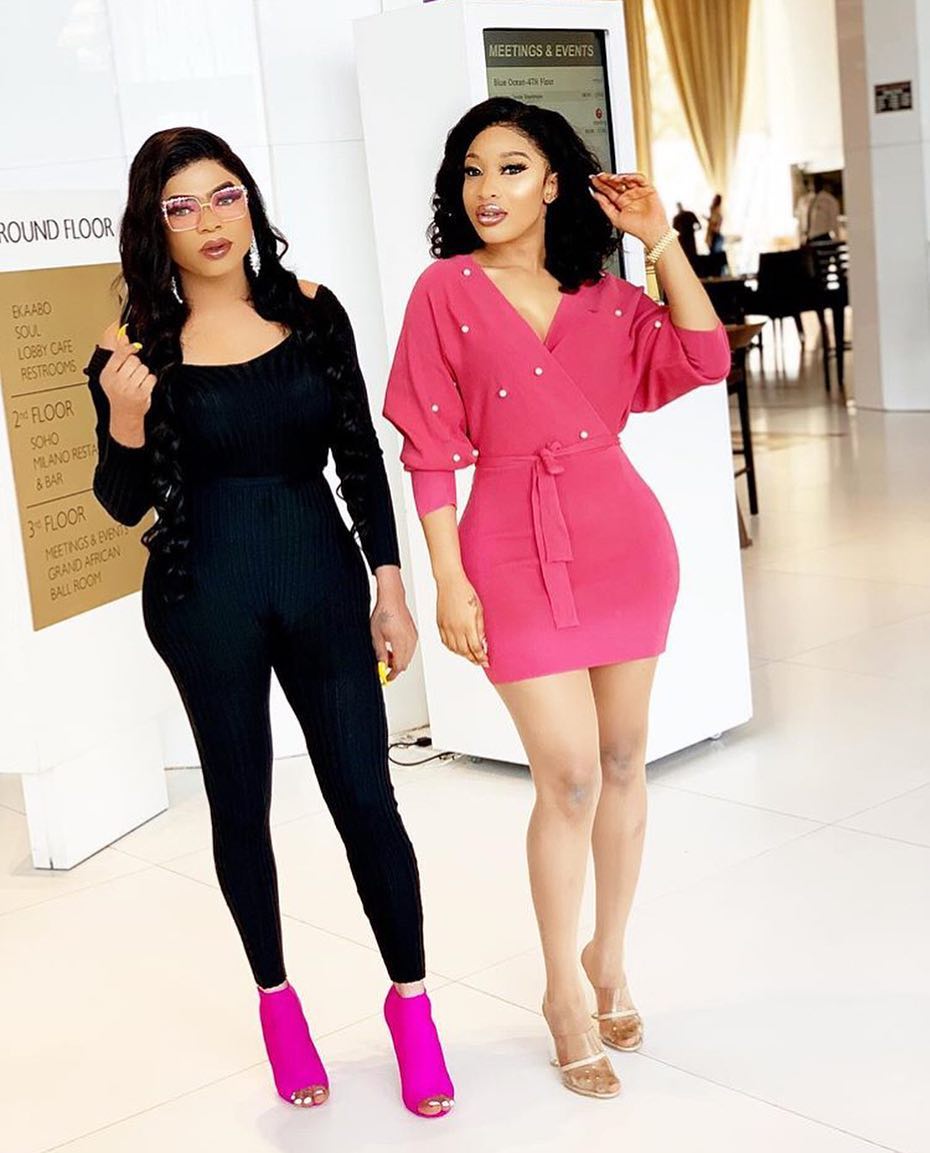 Bobrisky – Before and After 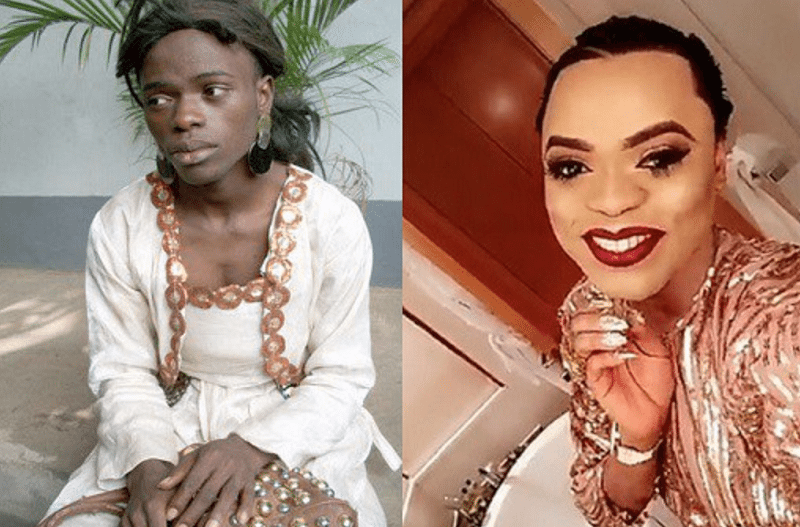 Before transforming his complexion, the Snapchat celebrity’s skin color was quite Dark, but it suddenly turns snow white, a huge thanks to his bleaching cream expertise. According to Bobrisky, changing his skin complexion was a business strategy to draw attention.

What brought him into the limelight was changing his complexion. In his journey to stardom, Bobrisky has garnered both haters and admirers at the same time.

Bob is a businessman from Ogun State, he is currently residing and living in Lekki, Lagos state.

Bob currently deals on whitening cream and according to what he is currently doing, it is obvious he plans to be a big competition of Dencia Whitenicious. However, one thing is certain, he welcomes controversy. He glories in it.

Bob does not care about the rumors concerning his sexuality. About answering his critics, Bob once published on his Facebook page that as much as he is counting his millions, helping people, and paying his tithes to the Lord, he is totally fine with any rumors that are going on about him.

Of course, it’s obvious that everyone believes he is gay as he continues to mention his mysterious boyfriend, trying to change his gender by cross-dressing. Bob once made a claim that his Boyfriend has been his sponsor.

Bobrisky claimed that his mystery bae is Africa’s fourth-richest man, reportedly gave him N7 million and a Benz. The girly guy decided to support this claim by publishing pictures of the money that he withdraws from the Bank.

Bobrisky went further to claim that his mystery bae plans to get him a house next to Linda Ikeji at Banana Island.
No matter the controversy he finds himself in, it does make him more popular, and he is well-known as a fashionista, who likes to chat dirty and post raunchy kinds of stuff, but it seems like it made his fans love him all the same.

The social media Male Barbie bought a five-bedroom duplex in the Lekki peninsula area of Lagos State in 2017 and held a housewarming party, which saw celebrities like Tonto Dikeh in attendance.

The Male Barbie took to his Snapchat to show off the different sections of his house, disclosing to his followers that it cost him twelve (12) million Naira to decorate/furnish the interior of the house.

When it comes to Networth, unlike other celebrities where their businesses, corporations among other investments are counted, giving us an estimation of their Net-Worth, Bob decides to do it himself.

The cross-dresser self-declared his net worth once when he boasts of having N40 million in two of his active bank accounts and still hustling to become a billionaire before reaching the age of thirty (30).

He even went on to say that his cosmetic store is now worth 30 million Naira.

Then he went on to lambaste his haters for judging him despite the hardship he experienced when he started. This guy never ceases to amaze us, just when you think people are getting fed up with the news of Bobrisky, the guy continues to flaunt his good fortunes and loves generating controversies.

Besides making money from his businesses and lambasting critics on Social Media, Bobrisky announced that he has made his first endorsement deal and will be appearing in a role in a Nollywood movie very soon.

Describing his early life, the Male barbie said he grew up in an ordinary average polygamous family. His father is married to three wives, and we have confirmed that the celebrity is the youngest child of his Mother.

He started looking after himself when he turned 16 years old and as a child, his mother repeatedly beat him for always trying to act like a female, even though it was obvious he’s Male. Bobrisky disclosed that his mother once hired thugs to beat him up.

When asked how he got funds to start up his business, Bob said he was once a choreographer, taught people How to dances, and earned money on the side while studying at the University.

The Male Barbie disclosed that he has attended various dance events and competitions. But about the funding, he starts buying and re-selling clothes.

The Nigerian Male Barbie said that in the beginning, he would apply modest facial makeup in the university and wear women’s attire and deceived men in clubs and bars, but always decline when an admirer expressed a desire for intimacy. He actually fooled a lot of men into believing he’s female.

He once received the title of “Best Dressed Male” at his faculty and the University of Lagos and soon became a star on his campus.
When discussing his business strategy and how he always attracts attention to his store and business, he dresses unusually, thereby attracting mostly female customers to his store.

Speaking on the popularity of Bobrisky, Taiwo Kola-Ogunlade, of Google’s Communications and Public Affairs Manager, Anglophone West Africa, disclosed that the celebrity, Bobrisky was the most searched individual from the 26th of October to November, 2016.

Bob was born into a Muslim family. He describes himself as a Muslim but loves going to church. His parents are Muslims. In a recent interview, the enigma once said and I quote below:

This is all you need to know about the Enigma himself, who refers to himself as #Badest.

There are a lot of Instagram accounts claiming to be the official representative of the Nigerian male barbie, and since his account has not been verified by Instagram, we won’t know the real account.

However, the real account of Bobrisky is this ⇒ instagram.com/bobrisky.