Infinix Hot S – Specs, Price and all You Need to Know 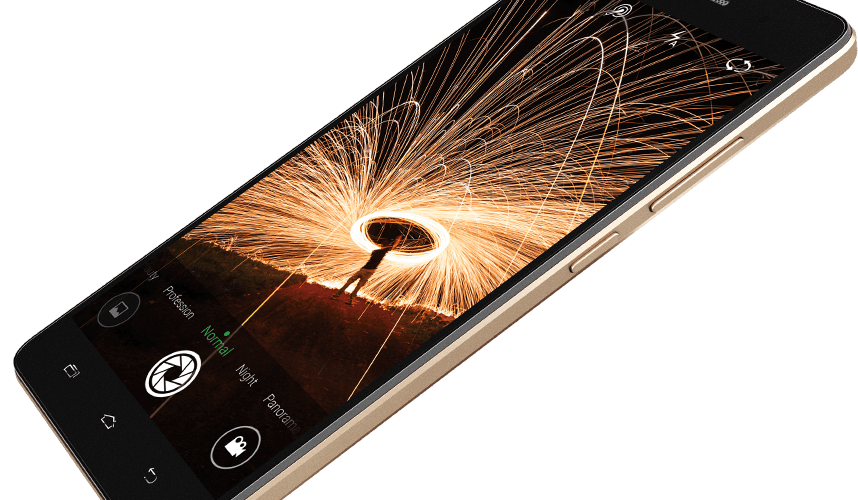 THE Infinix Hot S is the first “Camera specified center” smartphone from the Infinix Mobility Corporation. To be honest, am really amazed by the ingenuity of this Corp. regarding this device.

The very first impression i had, when handling this smartphone was it is specifically designed for the picture loving savvy ones. Since it comes with the standardized 13MP back camera with dual LED flash, and a whooping 8MP front camera. For the price, this is a kill and personally, i feel this is one of the VERY best phone infinix mobility have brought to her customers.

Infinix has insisted on including and integrating a fingerprint scanner in the Infinix Hot S, officially making it the first smartphone from the infinix company to feature a fingerprint sensor. There are several features, not just your normal features, but lots of premium features which are included in this device, making it a huge competition between the Samsung galaxies series and iphone latest versions (iphone 6). 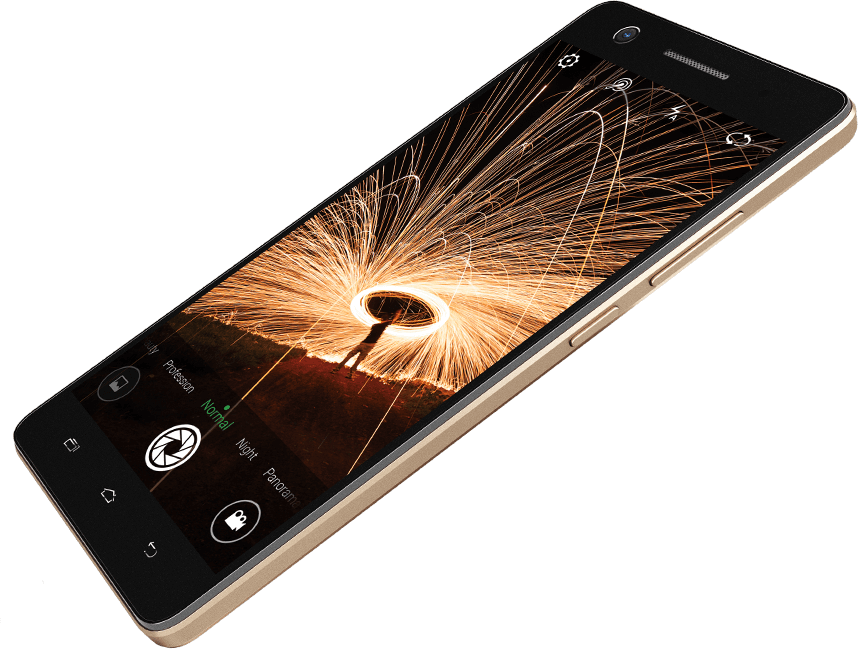 I will be sharing with you, the latest specs. But lets start with some premium features.

The Hot S comes with in a 5.2 inches IPS Full HD screen, the display is sharpened to a 1080 by 1920 pixels resolution, thereby having a PPI of 424 pixels. However, this device screen comes with no protections from falls and scratches. So when you get it, you’ll need to also buy a glass screen guide for it.

The infinix hot S comes with a smashing internal storage of 16GB for the 2GB RAM version, 32GB for the 3GB RAM version. For those who wants much more than this, like all infinix phones, the memory can be expanded. The storage space can be further expanded to 128GB with a micro SD card if you require more space for music, video storage.

The Hot S is set to run on the latest Android 6.0 marshmallow, which comes with the new highly customized XOS from Infinix on top, the XOS promises a more enjoyable user interface.

This phone was announced by the Infinix Mobility in July 2016. The Infinix Hot S smartphone is a camera centric device that will compete with the recently launched Tecno Camon C9.

Going through the specs above, you will discovered that infinix hot S is a 5.2 inch device, which comes with a beautiful design that looks alot like the iPhone 6. Unlike some other Infinix devices, where the body is made of plastic, the hot s body is made of full metal with slim edges to fit the hand and gives users a good feel.

The Fingerprint Scanner can be discovered at the back of the device, which is just below the 13.0MP camera. 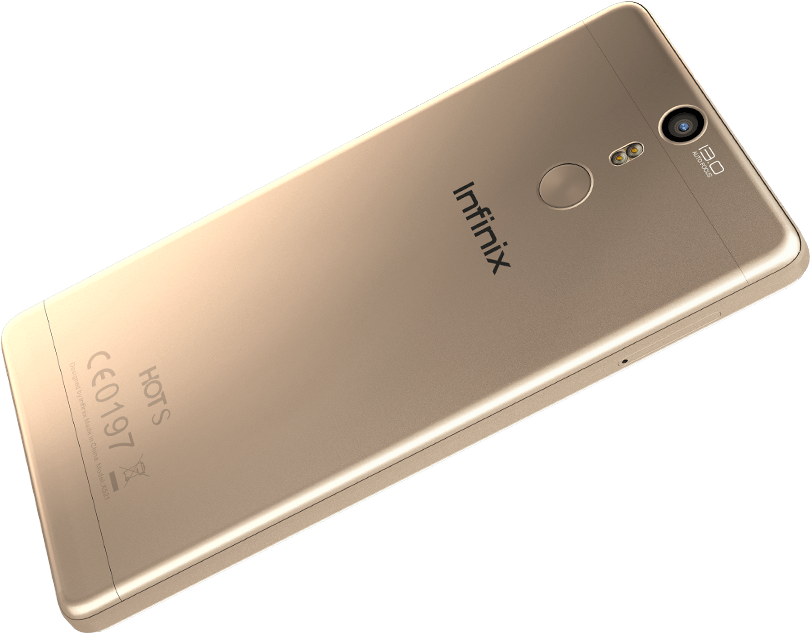 Like i said during the introduction of this device, this is the first infinix smartphone to run on Android 6.0 Marshmallow operating system, and with all honesty, it is a good thing. Which we all know is fully well that Android 7.0 Nougat has been announced.

For the tech savvy persons who wants to know the core which this devices runs on, the HOT S uses an Octa-Core MediaTek chipset to process information.

The Hot S comes in two different forms, and each of this variant are very different, both in the RAM and internal storage.

The very first variant come with a smashing 2GB RAM and 16GB internal storage,
The 2nd comes with 3GB RAM and 32GB storage.

The smartphone runs on a 3000mAh, which comes with flash charging. Which makes charging easy and fast.

While the camera is the Bomb! Here is what Infinix hot s presides all over others, when it comes to taking the best photos! This device comes with a resolution of 13.0MP (Back camera) and 8.0MP (Front camera), which automatically qualifies you to taking professional selfies.  The front camera has an LED Flash, while the back camera comes with dual LED (Two Flashlight).

One thing which stands out about the Hot S is taking group selfies. Unlike the other infinix phones, the front camera is perfect for taking group selfies because it has a 120 degree wide viewing angle, which makes it possible to take a selfie with 6 people together.

One of the best premium addon about this device is it’s security! This device comes with a fingerprint scanner which can be seen at the back. This is the first time this security feature is used on an infinix device, which means the infinix hot S is breaking grounds, opening doors for more smashing infinix phones to come.

What You Need to Know About FingerPrint Scanner 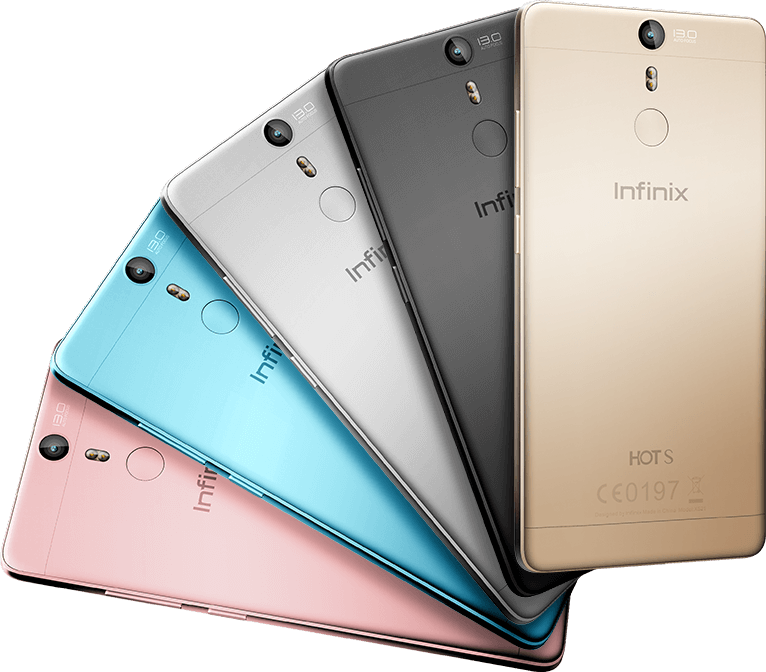 Detailed Specs of the Infinix Hot S X521 below

Another amazing addon is that this smartphone comes with dual sim. The Infinix Hot S is a dual sim smartphone, and not just that, but the second sim slot also serves as  the memory card slot, which leaves you with ONLY two options.

You either choose between using One sim and a memory card, or using two sims without a memory card. The court is in your board.