Who is Idia Aisien? What is her networth and her age? All these questions and more are answered here on SuperNigeria!

Idia Aisien is a beautiful lady who hails from Edo state, Nigeria. She is a TV presenter and a very powerful Model.

Idia Aisien is a Nigerian model, tv presenter, and philanthropist. Born on 4th July 1991 in Lagos state, Idia Aisien is half Nigerian and half Cameroonian.

Idia as she’s popularly known among her friends hails from Edo State, Nigeria. She is the last child in a family of twelve children (That is huge). 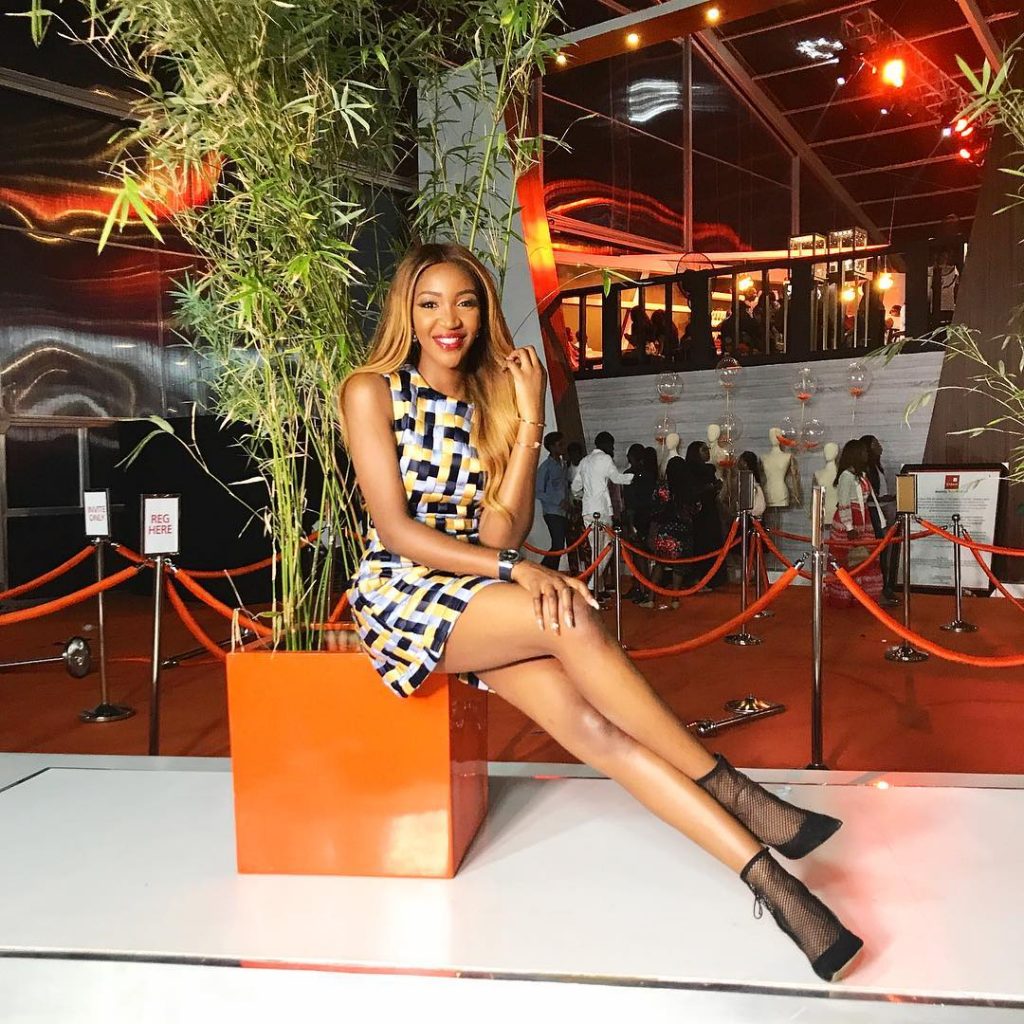 This Tv Presenter and Model went to Atlantic Hall High school in Lagos state, before she moved to the United States of America to further her studies.

Idia Aisien graduated from the American University in Washington DC where she obtained a Bachelors’s degree in Journalism. She later got her master’s degree in International Public Relations and Global Corporate Communications from New York University, still in the United States.

Idia’s modeling career started at a very tender age for a Nigerian. Idia starts modeling at the age of Fifteen (15) when she booked her first modeling job at the UNICEF Charity Fashion Show.

She starts modeling professionally in New York during her Master’s. Since Idia took her modeling job as a profession, the delectable Model and Women right advocate has worked with companies like;

Idia has also worked for the United Nations and had a successful career with Atlas Mara. Atlas Mara a financial services holding company that is created specifically to undertake the acquisition of target banks in the Africa continent.

In 2015, Idia Aisien quits her day to day job and decided to become a full time worker in entertainment industry. This was when she kicked off a career as a TV presenter.

Since 2015 Idia Aisien made the decision to work full time in the entertainment industry, she has not looked back. Some of the major shows she has hosted or co-hosted includes;

Idia has also done a commercial for LAN Airlines, and has so far, worked on campaigns for BMW, Black Opal, Nivea and Sway Hair as a professional Model.

Idia Aisien has walked the runway for an impressive list of notable designers at different fashion shows, including the world popular New York Fashion Week, Lagos Fashion and Design Week and Arise MBFW.

She has interviewed people like Dangote, Africa richest Man, Don Jazzy, one of the best music producers in Africa, Mr. Muda Yusuf, the DG of the Lagos Chamber of Commerce and Industry among others.

She has appeared in Allure Vanguard, Business Day Nigeria, and made her first appearance for Glitzafrica Ghana.

Idia Aisien in one of her shows, says she is planning to launch a foundation that focuses on education and poverty alleviation in her home-based country, Nigeria.

Idia Aisien has won numerous awards to her sleeve, and has been nominated for several awards, including The Future Awards Africa Prize for On-Air Personality (OAP).

Just like Davido‘s Music protege, Peruzzi, Idia Aisien Net Worth is calculated to be around Five hundred thousand US dollars ($500,000)