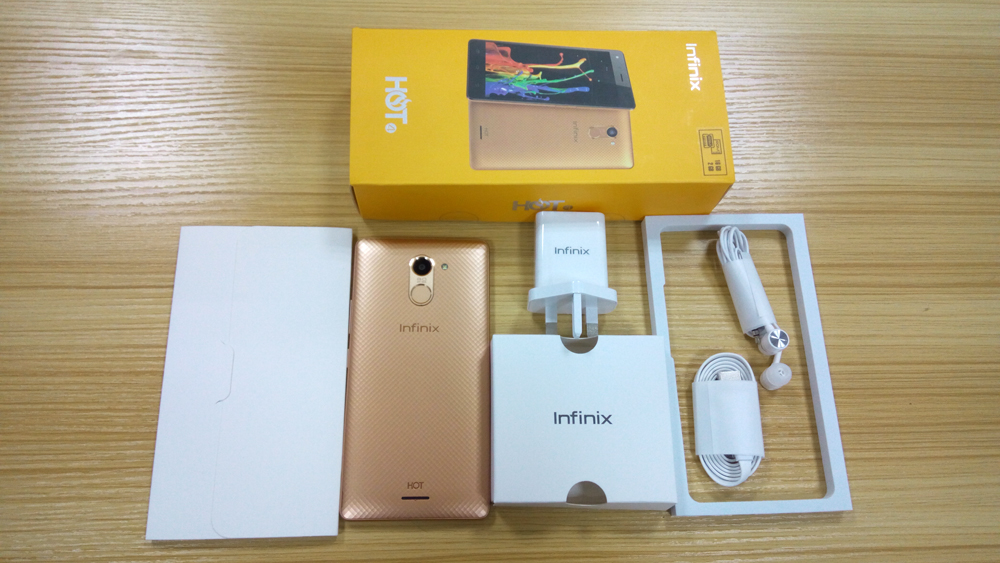 For those who want to see the unboxing of the Infinix Hot 4, here is what you need to know about this device. This smartphone comes in a light yellow box. The retail box has three sections of accessories, which are very well organized.
One section of the box has the charger, while the other one has a data cable and the last one has headphones. All the main features are written on back side of box and user guide-book is also available. 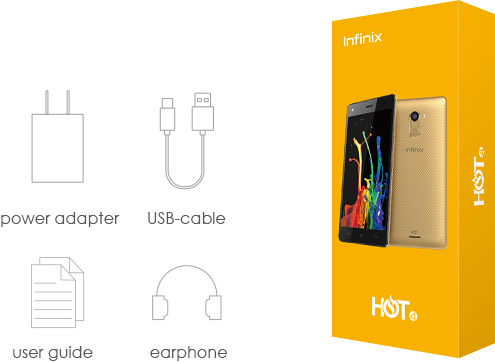 What is inside the Box?

Here are some of the major reasons why you should purchase the Infinix Hot 4.

The Infinix hot 4 has a 5.5 inches screen, which comes with HD IPS display and supports the resolutions of 1280 x 720 pixels. The Hot 4 has an amazing pixel density of 320 dpi. However, amazingly, it features the latest android version 6.0 (Marshmallow) and it is using XOS chameleon v2.0 interface, which makes it more alluring.
The Hong Kong based company decided to use the XOS interface in the whole hot series device, which means that the hot 2, hot 3, Hot 3 Lte, Hot 4 Pro and Hot 4 LTE all features the XOS interface. This smartphone has a very beautiful display, and it is not surprising, since they used a HD IPS display.
You can easily adjust the brightest of this device, though it comes with an auto brightness option, which is accessible to you. However, the auto brightness adjustment automatically adjust the brightness of your screen, depending on the current light situation.The Infinix hot 4 has satisfactory touch panel and it scored 5 stars/points in multi-touch test.

Design and Display of Infinix Hot 4:

The Infinix Hot 4 has 5.5 inches screen and it’s body dimensions measures 155 x 75 x 8.1 mm. According to the manufacturer, this device weights 175 grams. The biggest reason why it weights 175 grams is because it comes with a huge non-removable battery of 4000 mAh, whereas the infinx hot 3 weights ONLY 141 grams.
Like i said about the body of infinix hot 4, it is beautifully designed. The front body which has 5.5 inch display screen and apart from the front facing camera with flash light, which is placed above the screen, it has no other design.
The back of this smartphone has some horizontal designed pattern, which can be found on the cover, giving the phone a very attractive appearance. However, the back camera has a flash light which is positioned by the side of the camera, while the finger print reader is situated below the camera.
The Hot 4 fingerprint works as reader/scanner, and importantly, can be used to take pictures. It is accurate and quick reader. 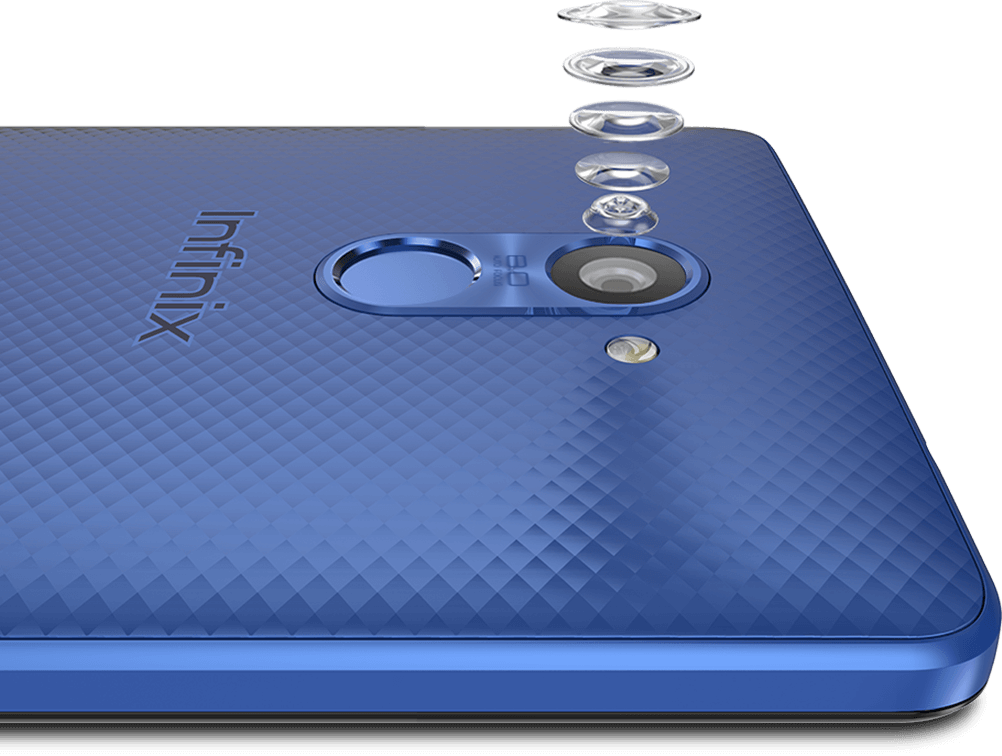 The camera that accompanies this smartphone is well received by the Mobile phone community, since the smartphone is affordable and do have some amazing specs. The infinix hot 4 comes with 8MP camera at the back and 5MP front camera, which can be used for taking selfies, Wefies and Video calling.
Both of these camera, (Back and front camera) features a flash light, which is a plus to every camera for taking clearer and better looking pictures. This smartphone adds beautiful colors to the pictures taken, and Videos can be made in full HD resolutions of 1080 pixels. Below is a detailed review of the infinix Camera hot 4.

Back Camera of Infinix Hot 4:

The infinix hot 4 back camera is equipped with a 8MP back camera and a flashlight, this smartphone is capable of making video up to 1080p. The back camera has good results furthermore the brightness and color schemes are very well used. Intake of pictures is satisfactory and the file size of images taken from back camera has average size.
The INFINIX HOT 4 boasts of an exceptional camera, which is able to capture your best moment. The 8MP camera comes with five internal lens elements and multiple shooting modes, which will surely help capture your photos with the finest detail.

The front camera of infinix hot 4 has a whooping and amazing 5MP and use able flash light. The Flashlight is also present opposite the camera and above the front screen. The modes for front camera are beauty, normal and wide selfie.
Settings have option of Shutter sound, gesture shot, smile shot and many others. The only difference is that the front camera can only make 480p quality videos.

The most amazing and outstanding feature of the hot 4, Infinix hot 4 is built with a mega battery of 4000 mAh li-ion. Like almost 90% of all smartphones, the battery is located at the back of the phone. The major reason this device weights 179 grams, is because of this huge battery, although it works perfectly fine.
When compared with it’s predecessor, the infinix hot 3 has only 3000 mAh, which is non- removable. So compared with hot 3, you’ll discover that this is a huge increase.

The infinix hot 4 comes with latest and most updated android version 6.0 (Marshmallow) with XOS chameleon v2.0 interface. The XOS family is widely known as part of infinix devices.
The device have the ability to showcase good and vibrant image due to the screen size of 5.5 inches HD IPS display. This smartphone has pixel density of 320 dpi, ranking it as medium kind of device.

This affordable android smartphone comes with a 1.3 GHZ quad-core processor, which is based on the architecture of ARM Cortex-A7. With a chipset of Mt6580 supported, this is able to support up to 1080 pixel, however, the infinix hot 4 only support 720 pixels.