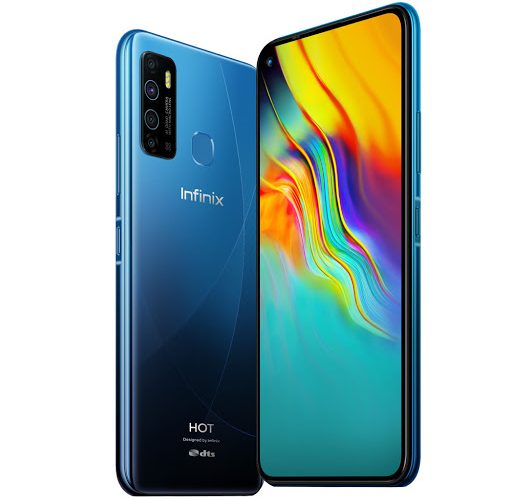 Are you surprised? Well, that is Infinix Mobile for you. Wait, until you get to see the thrilling features of this amazing phone as you read down. In the subsequent feature rundown, you will get to know that it carries a spectacular design, high-class processor, eye-catching camera quality, not to mention a durable battery life of 5,000 mAh, and lots more. 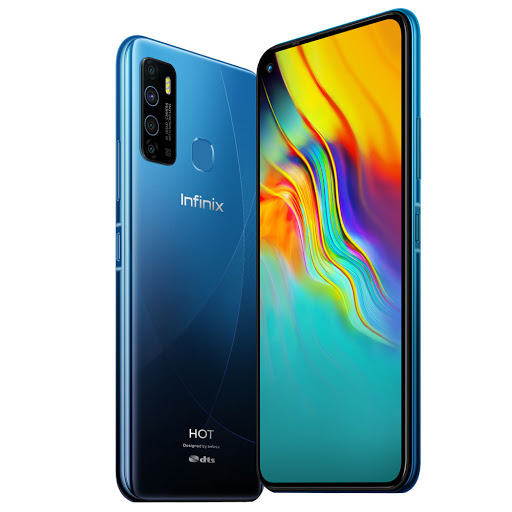 Below we bring you a rundown of all the features of the Infinix Hot 9 Smartphone. Maybe, after seeing them, who knows, you might be tempted into making a decision to purchase it.

Infinix Hot 9 has an eye-catching design, which is why it is widely regarded as one of the most astounding design we have seen, not just in the Hot 9 series, but also, in the whole of Infinix Mobile Devices. Furthermore, its classy design makes a fit for the modern trend of captivating Smartphones, especially, compared to that of its lesser version, the Infinix Hot 8.

On the rear, the Infinix Hot 9 Smartphone features curved edges and a glossy finish with a mild gradation in color. This rear panel is also housing a capacitive fingerprint sensor, a quad-camera setup. Then, there is a logo attached on the rear, with the Infinix description, which serves as a constant reminder that it is an Infinix device.

Another intriguing part of the Infinix Hot 9 Smartphone is that it tends to possess at least one of the amazing features of several other Infinix series.

For instance, in the front display, it features a set up that bears a resemblance to that of the Infinix S5. That is to say that, both have a 6.6 inch IPS LCD display, housing a single camera cut-out.

The display features a screen resolution of 720 x 1600 pixels and a screen density of 269 PPI.

The Infinix is said to have included a beefier camera system in the Hot series this year. In order to increase their photo quality, they have tried to create the quad rear cameras in their camera features, all for the benefit of their users, to give them the satisfaction they deserve.

Other camera features of the Infinix Hot 9 included in this quad-camera setup are a 2MP macro camera, a 2MP depth camera, and a QVGA camera which helps in taking photos in darker conditions.

This camera setup is supported by a triple LED flash, and is capable of shooting photos in HDR, Panorama, and videos maxed at 1080p @ 30fps.

The front camera of the Infinix Hot 9 is made up of 8MP front camera, for selfies, which is capable of shooting photos and also shoot videos maxed at 1080p 30fps. What a wonder!

Hardware-wise, the Infinix Hot 9 has the same features as that of its predecessors. It also doesn’t fall out of the line of other Hot Series Smartphones in terms of the hardware. Performance-wise, you are seeing a Smartphone that doesn’t have the power to deal with power-intensive tasks.

In terms of the software, the Infinix Hot 9 runs the XOS 6.0 interface on top of the Android 10.0 operating system, which is the latest Android version.

Its Internet connectivity is capped at 4G LTE, which is to say that downloads and streaming will be capped at 4G speeds. These and more, are the amazing features of the Infinix Hot 9 Smartphone.

Meanwhile, we aren’t stopping there though, because we will have to explore the Infinix Hot 9 specifications and price, which will help you make your purchase decision.

The Infinix Hot 9 Price and Availability.

The price of the Infinix Hot 9 Smartphone varies, depending on your country or location. But one thing that is sure is that it is no longer a rumor, for it has been confirmed available in almost every country, and can even be found in nearby phone shops around you.

In Nigeria, the price is believed to be affordable at the rate between 55,000 to 60,000 Naira only, which is the equivalent of $165 to $172, depending on the value at that particular time of purchase and how the economy works.

Moreover, you can also place your order from anywhere you are, including any online shop, and it will come directly to your doorstep. Nevertheless, stay with us as we continue to update you on the latest information on captivating Smartphones and Tech devices and news.