Have you heard of the Infinix Race Bolt 2 X454? Well, It seems to be More of a Mobile phone More for France People than for English. The infinix race bolt 3 x454 is a smartphone which is very similar in appearance with the Infinix Race Bolt.
I thought i have seen much of all infinix smartphones, but was very stunned to discover that there are several models of Infinix phones which we know nothing of.

Here are some awesome specs you need to know about the Race bolt 2 Model from Infinix. This smartphones comes with some amazing features, which is quite unbelievable, when compared with other similar phones.
This device comes with an Android 4.4.4 Jelly Bean, and a screen size of 4.5. With a 1.3 GHz Quad-core Processor, and dual sim, which makes it easier to carry one mobile, rather than two phones. 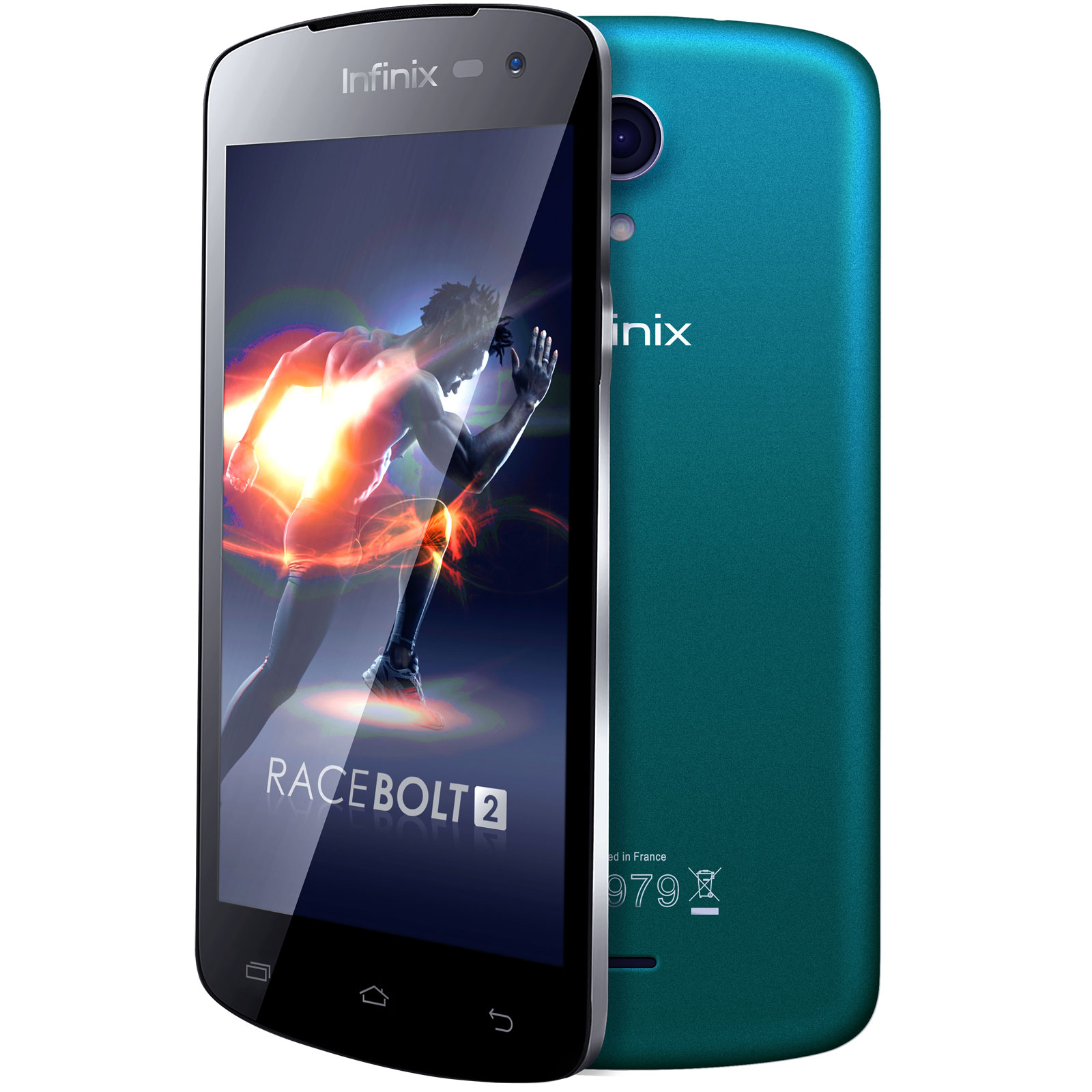 Here is an image view of what the infinix race bolt 2 looks like.

For the price of such an affordable android smartphone, it also comes with built-in features like,
Bluetooth, WiFi, GPS, 4G, and a 5Megapixel Camera, with 2.0MP front Camera:
Unlike the race bolt, the race bolt 2 X454 comes with an internal 8GB internal memory, which is very expandable with MicroSD.