The Infinix race bolt x451 features an amazing 8MP back camera, which captures up to 3264 x 2448-pixel pictures, and amazingly, has a LED flash to capture better and alluring images. Likewise, it has a surprisingly 3MP front camera for taking selfies or wefies, and better still, for video calling on Facebook, Snapchats, etc.
However, one of the best features i loved about the Race Bolt x451 is it’s battery. It is equipped with a 2050mAh Li-Ion battery, making it stronger and long lasting than it’s predecessor. The Infinix Race Bolt is the predecessor of the Infinix Race Bolt X451. 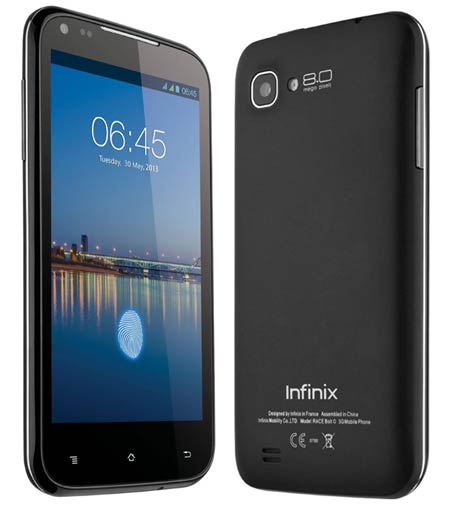 When it comes to pricing, you will be surprised to know that,although this phone features better camera and specs than the Infinix Race x400, it’s cheaper. You can actually purchase this phone from the rate of #40,000 at your closest stores.