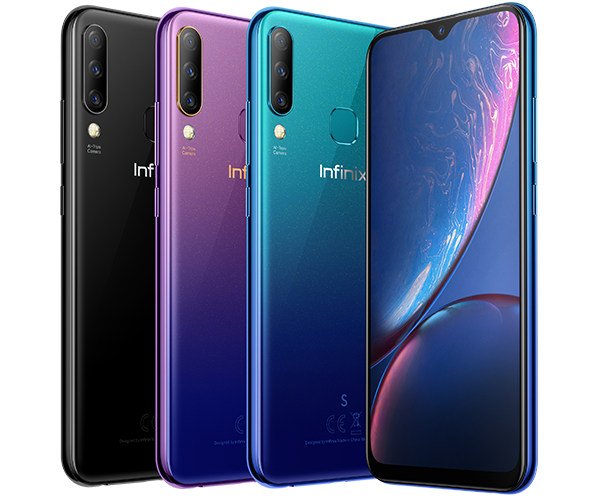 The Infinix s4 is another device from Infinix Mobility that is making waves in African countries, India, Pakistan and other countries in Asia continent.
This device was recently released in May 2019 and the reply from Fans has been positive so far. Here are some of the features which I would love to point out. 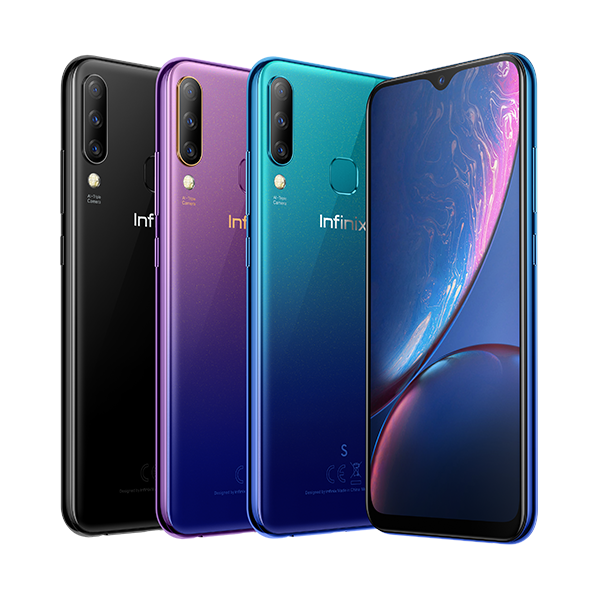 This is a quick run-through of the Infinix s4 smartphone which was launched in May 2019. Just like other recent smartphones, the s4 comes with a 6.21-inch touchscreen display, but the screen resolution of 720×1520 pixels was below my standard and an aspect ratio of 19.5:9 which I find okay.
The processor powering the Infinix S4 is a 2.2GHz octa-core MediaTek Helio P22 processor. This phone also comes with 3GB of RAM.
The Operating system (OS) of Infinix S4 runs is the newest version which is the Android Pie and is powered by a 4,000mAh battery.
Almost all smartphones are coming with amazing camera’s and this is an area where Infinix excels. The Infinix S4 comes with a 13-megapixel primary camera with an f/1.8 aperture; a second 8-megapixel camera with an f/2.2 aperture and a third 2-megapixel camera on the back. However, on the front, it features a whopping 32-megapixel camera which is quite great for selfies. The front facing camera comes with an f/2.0 aperture.
The Infinix S4 runs XOS 5.0, which is based on the newest Google mobile operating system, Android Pie and packs 32GB of inbuilt storage which is expandable via microSD card (You can insert a memory card of up to 256GB in the S4).
The Infinix S4 is a dual-SIM smartphone that accepts Nano-SIM cards only.
Connectivity options on the Infinix S4 are as follows:

The s4 sports a sensors which include an ambient light sensor, compass/ magnetometer, proximity sensor, and fingerprint sensor.
Just like most infinix smartphones released into the market in 2019, the Infinix S4 supports face unlock which is slowly becoming trustworthy. Don’t forget, even Apple phones are yet to perfect the Face Unlock recognition.
The Infinix S4 measures 156.00 in height, 75.00 widths and 7.90mm thickness. This device weighs 155.00 grams. It was launched in Nebula Blue and Twilight Purple and Space Gray colors only. Am yet to come across a black Infinix S4.