Kcee is one musician Nigerians and West Africans will recognize anywhere. His style of music is exceptional and his dress, is awesome.

No doubt, the level of success he has reached has truly made him one of the most desirable men in Nigeria.
Kcee net worth did see him almost at the top of the 20 richest Musicians in Nigeria. Kcee is a singer and songwriter whose music has reached far and beyond the shores of his home country, Nigeria.

Kcee is one of the artists whose tracks and beats takes listeners to the dance floor, dancing and grinding their body to the beats of his music. 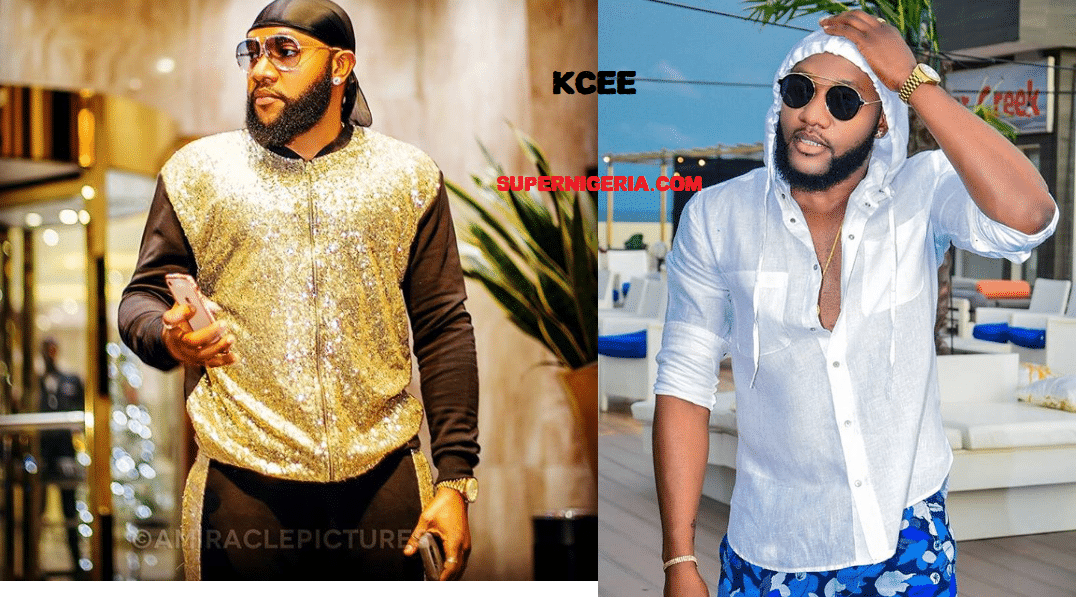 Kcee Biography, Networth, Wife, Children, Endorsement and everything else you need to know about the Fashionista.

Kcee was nicknamed the “Limpopo Master”, thanks to his evergreen Music, Limpopo. The Limpopo crooner does have a fashion sense that makes him stand out.
Kcee is truly fashionable.

When it comes to Fashion, Kcee never fails to impress, and his Instagram page is filled with amazing shots of the musician.

Several times, Kcee has been wanted by the Online fashion police departments for defying rules, combining and blending them to create amazing styles that make him stand out anywhere.

However, his songs are great and can bring light to any party. His Limpopo single still lingers in the heart of Nigerians and his fans around the world.

His Net Worth stands at $ 2 million.

The musician’s real name is Kingsley Chinweike Okonkwo. He was born in Ajegunle, Lagos state Nigeria.
His father was a Disc jockey and presumably, inspired Kcee during his childhood to love music.

It’s probably the love his dad has for Music that did inspire him to sing even though his first dream was to become a professional footballer. Kcee is from a very humble background, which means that he came from the bottom to occupy the A-List position among Nigerian Musicians.

According to him, the hustle in Ajegunle was real and you’re choice less, hustle or die in hunger. The Musician once sold furniture to make a living.

His breakthrough came when he won the star quest. The singer describes his victory as a major breakthrough which pushed his career positively.

KC Presh and the Split Up.

When it comes to secular Musicians, we have the church to thank, even outside the shores of Nigeria. Musicians like Katy Perry, Hello musician, and Adele all came from the bench of Choristers in the church.

He started singing in his church choir where he met Precious. Kcee and Precious later teamed up and formed a hip-hop music group which was called “KC-PRESH“.

The duo was signed by Kennis Music, which was then the biggest label imprint in the country at the time, and signed Musicians like TuBaba. However, they left Kennis to form their own record called “KP records”.

Together they made exploits, releasing medium hit music and were gradually becoming a household name until they decided to break up and went solo after 12 solid years of partnership.

The duo, Presh, and Kcee split in 2011 with each chasing their individual ambitions. Prior to the split, the duo contested for “Star Quest” which was a music competition organized by Premium beer company, Star Nigeria and they won the maiden edition of the competition in 2002 beating some of Nigeria greatest Entertainers like;

We’ve seen it over the years and decades. History has shown us that anytime a band splits up, there will always be a winner and loser. For example, Beyonce split from Destiny’s Child, Platanium Boyz, which comprises Tubaba, Faze Alone and Black Face, among others.

When the duo splits up, Presh got lost in oblivion but Kcee used the sky as his starting point and shot to fame. You might want to think the marriage with PRESH was the bottleneck to his success.

Early 2013, Kcee who has gone solo released his first album “Take Over”, which was released under his billionaire brother, E-Money record label “Five Star Music”.

This was his debut and only album to date. However, am sure we’re yet to see his best because he has released a myriad of singles and few collaborations, notably the “pull over” with Wizkid, which was an instant hit within and outside the shores of Nigeria.

Kcee as a musician has done well for himself and has a few accolades to his name.

Although his Limpopo single was nominated at the 2013 “Channel O Music Awards” in the most gifted dance video category.

In the same year 2013, he won the City People Entertainment Awards with his hit track, “Limpopo” as the most popular song of the year.

In the year 2014, he was nominated at “The Headies Awards” for the artist of the year category.

KCee Net Worth and Endorsements.

He was a brand ambassador to Telecom giant, MTN Nigeria in the year 2013. The deal was renewed in 2015.
Fast-Forward to the same 2015 he renewed his contract with MTN Nigeria, he also signed a deal soft liquor company, Magnum. He is also an ambassador for the airline company, Air Peace.

Kcee was appointed as Peace Ambassador by the Former first lady of Nigeria, her Excellency, Dame Patience Jonathan.

Kcee seems to be the un-announced ambassador to him and his brother Tomato Paste which is called “Five Star Tomato Paste”.

Kcee’s relationship with his sibling, E-money always generates confusion as to who is the eldest among the two close brothers. We did write on this topic. Between Kcee and Emoney, who is older?

To answer the question directly, Kcee is the elder brother of his Billionaire brother, E-Money. Just in case you don’t know, Kcee was the first to make money and brought fame to his family. He even sponsored E-money wedding.

The musician’s marital life has been a subject that hardly makes news. Although he has been linked with several ladies including the one where he was linked with Nigerian actress, Ebube Nwagbo, which was reported to have put a dent in his marriage.

Kcee was married to his wife, Ijeoma in 2010 after a romantic air balloon proposal in Dubai.
The traditional wedding took place in Anambra State, and a court wedding followed at Apapa Registry.

Unlike his brother EMoney who publicly adores his Wife and children on his Instagram page, Kcee’s insta-stories never have a photo of his wife, Ijeoma or that of his two children. Both Kcee and Ijeoma are not following each other on Instagram.