Interesting Facts and Everything you Need to Know about Lagos State, Nigeria 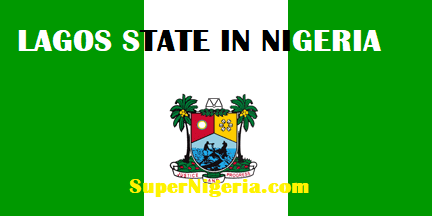 Apart from the fact that it is Nigeria’s most popular city, it is also the central hub of businesses, bank headquarters, among others. Almost all Nigerian celebrities and personalities are based in the state.

It is not surprising that almost all the large business and firms have their headquarters in Lagos state. Likewise, Lagos state has some of the biggest churches in Nigeria, playing host as these churches headquarters.

Lagos state is the un-named Centre of entertainment in the country, thanks to its nickname, which is the ”
Centre of Excellence”. Almost all the biggest shows in Nigeria are done within this state.

Lagos State was among the 12th states which were created on the 27th May 1967 by General Yakubu Gowon. The state is known as the economic capital of Nigeria. This state is probably the most popular state in Nigeria.
In this article, I will be sharing with you, ten amazing facts about Lagos.

This state has an amazing Local government area (L.G.A) of twenty-five (25).

THE MOST POPULOUS STATE IN NIGERIA.

Lagos is known as one of the most notorious cities in Nigeria when it comes to traffic, no thanks to its huge numbers of people living within the city.

When talking about this state, the first thing that comes to our mind is the large number of people living there.

This state is known as the most popular state in West Africa.

According to information from Jumia Travel and Wikipedia, there are approximately 21 million people living in Lagos state.

Are you amazed or surprised? Don’t be. Yes, Lagos state is the most populated city in Nigeria, but surprisingly, it is the smallest state in the country.

Among the 36 states of Nigeria, Lagos is the smallest. Now, imagine the amount of traffic and congestion within the city.

THE LONGEST BRIDGE IN AFRICA.

Imagine the African continent with 54 countries, and this State has the longest bridge. This bridge connects Lagos Island to the mainland and it’s 11.8km long.

COMPRISES OF A FLOATING CITY.

Are you aware that some part of Lagos is built on Water? Well, this is just the tip of an iceberg.

If I may ask you, what is a floating city? The correct answer is that a Floating city is any city that is built over water.

Akoko is in Lagos and has been built over water. People living in the Akoko area use waterways to travel through the city which is actually unique. Currently, there is no city within Nigeria that does this.

This is the major reason why the state is overpopulated. Lagos State is the economic hub of the biggest Black Nation in the world (Nigeria), go figure this out.

This state is the center for major economic activities in the entire West Africa region. Why not take a trip to V.I or the mainland, and you will be amazed by the different businesses around which are thriving.

Are you a Nigerian? Then you must have heard of the Apapa Port. Lagos port is responsible for processing of80% of goods that are imported into the country.

The Lagos Apapa port is located on the Southwest beach line of Nigeria. The state is actually filled up with water or should I say, built on water, so this should not be a surprise to anyone.

The Lagos state Apapa port is listed in the top ten Ports in Africa.

FASTEST GROWING STATE IN THE WORLD.

This state won the title of the fastest-growing state in the world, thanks to series of investments, businesses springing up, higher numbers of people migrating to the state.

Lagos State is regarded as one of the fastest-growing states in the world.

When comparing Lagos State, it seems like the center of everything beautiful in Nigeria. With the biggest Port, the biggest population, and still the center of Nollywood, it is not surprising why it’s the first place for Nigerians who are eager to climb the social ladder or get rich.

For those who may not be aware, Nollywood is the most popular film industry in Africa, and the third-largest Movie industry in the world, Hollywood first, followed by Indian’s Bollywood and Nigeria’s Nollywood.

HIGHEST NUMBER OF MILLIONAIRES IN NIGERIA.

Lagos State is home to the highest number of Nigerian millionaires. I don’t think this is surprising, considering the fact that this state has top industries, Home to the Entertainment Industry, and business, you should expect less.

Have you been to Lagos state, especially the Metropolis? then you’ll certainly see huge and magnificent buildings there. When talking about tall buildings, this state is topping the charts in the entire West Africa region.

Murtala Mohammed International Airport is located in Ikeja and is one of Nigeria’s five major international airports which functions 24 hours a day.

Here is a list of the Lagos State emergency telephone numbers. Use these numbers when you need to contact any of the agencies as shown in the description and their numbers: