LG V20 is another blockbuster phone which was recently launched by LG Mobile. It is a Smartphone that has been highly anticipated since its features and specifications were leaked earlier on. According to LG Mobile, V20 is it’s second-most talked about phone of the year.
It is not just famous for the spectacular specs it comes with, but also known to be the first-ever smartphone to run on Google’s latest OS(the Android &.0 Nougat).
The LG V20 also possesses complete new designs similar to that of the flagship LG G5 builds upon what made people love the V10 and ditches the less popular features. 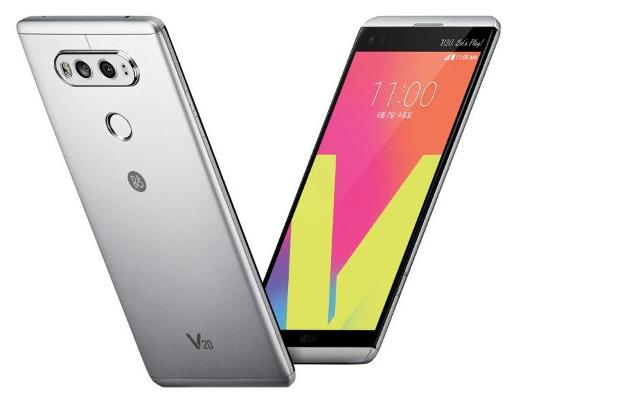 The LG V20 comes with Steady Record 2.0, which analyses frames to minimize unintended hand movement across the entire video, and it can also capture a 4K video and playback. It also gives Qualcomm Audio that combines a Quad DAC with high-quality speakers coupled with sensitive mics.
LG V20 packs a Snapdragon X12 modem that supports 600Mbps fast downloads.
The LG V20 has a removable metal black plate with a dedicated button near its bottom with which you can pull off the rear in order to gain access to its 3200mAh which is also removable. In this case, it is a direct opposite of the Flagship LG G5.
The LG V20 packs a 5.7-inch QHD display of 2560 x 1440/513ppi which is the same as that of the V10 and the Galaxy Note 7, but with different screen protection of gorilla glass 4, as opposed to gorilla glass 5 of Note 7. It has an improved secondary display formally on 35 nits to 68 nits, with higher contrast.
It is powered by a Quad-core Qualcomm Snapdragon 820 processor paired with 4G of RAM with availability of 64GB of expandable storage. It runs Android 7.0(Nougat) with LG UX 5.0+ out of the box.
The LG V20 comes with a dual-camera setup at the rear, a 16-megapixel rear camera with dual-tone LED flash, 75-degree lens, f/1.8 aperture, OIS and Hybrid Auto Focus(HAF) integrating three AF mechanisms- Laser Detection AF, Phase Detection AF(PDAF) and Contrast AF- for both videos and photos, with a 8-megapixel rear camera with f/2.4 aperture and 135-degree lens for capturing wide shots.
It also possesses a 5-megapixel front camera with a 120-degree wide-angle lens. You can check out the full detailed specs below;

According to LG Mobile, LG V20 is now available from November, with different colors including; Pink, Titan, and Silver.
The LG V29 price ranges from $ 109.99 / £ 102.00.
You will get to know the different Prices of different countries depending on your location. Just get ready to get yours.