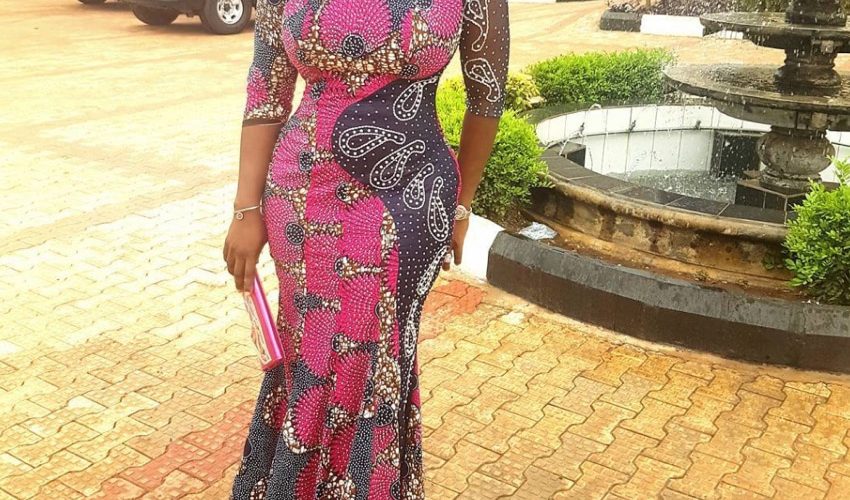 Mercy Johnson Okojie, the darling of Nigeria Television Screen in the past few years and to date. Mercy Johnson is one actress loved by her fans, in Nigeria and beyond. Let’s take a look at this super female socialist, Actress, Producer, Mercy Johnson.

Mercy Johnson Okojie was born on the 28th of August 1984, she hails from Okene in Kogi State, Nigeria. The actress is the beloved daughter of a former navy officer, whose name is Mr. Daniel Johnson, and to Mrs. Elizabeth Johnson.

The Kogi born star actress happens to be the 4th child of the 7children of her parents. Mercy Johnson obtained her primary education in Calabar before her father Mr. Daniel Johnson was transferred to Lagos state where she continued her education in the Nigerian Navy Primary School. 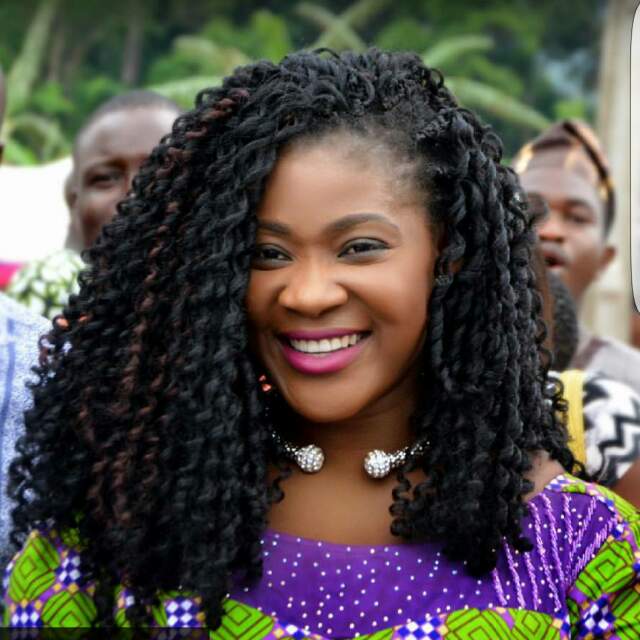 After she has completed her secondary education, Mercy Johnson auditioned for a role in a movie titled ” The Maid”, which help in launching her into the Nigeria movie industry, popularly known as Nollywood.

The super actress did absolutely wonderful in this movie, acted so well, so brilliantly, and because of her outstanding performance in the movie, she was loved and gained favor in the sight of movie producer, which saw her featured in many more movies respectively namely “Hustler, War in the palace, Baby Oku in America, Dumebi the Dirty Girl” etc.
Because of her raw talent on screen, she is now one of the most sought-after Nollywood actresses. In 2013, Nollywood acknowledged her, when the superstar won the Best Actress award at the  Africa Magic Viewer’s Choice Awards.

The most important aspect of Mercy Johnson is among the top best in Nollywood today, isn’t her face, beauty, or body. it’s pure talent, which she didn’t hold back when acting in the movie, titled “Dumebi, the dirty girl“.

This made her go viral and the most searched Nigerian celebrity on search engine Google in December 2013, even in 2012, Mercy Johnson was the most searched person on Google Nigeria. Then In 2016, the super actress went ahead to win an award for the best supporting actress at the African Movie Award show. 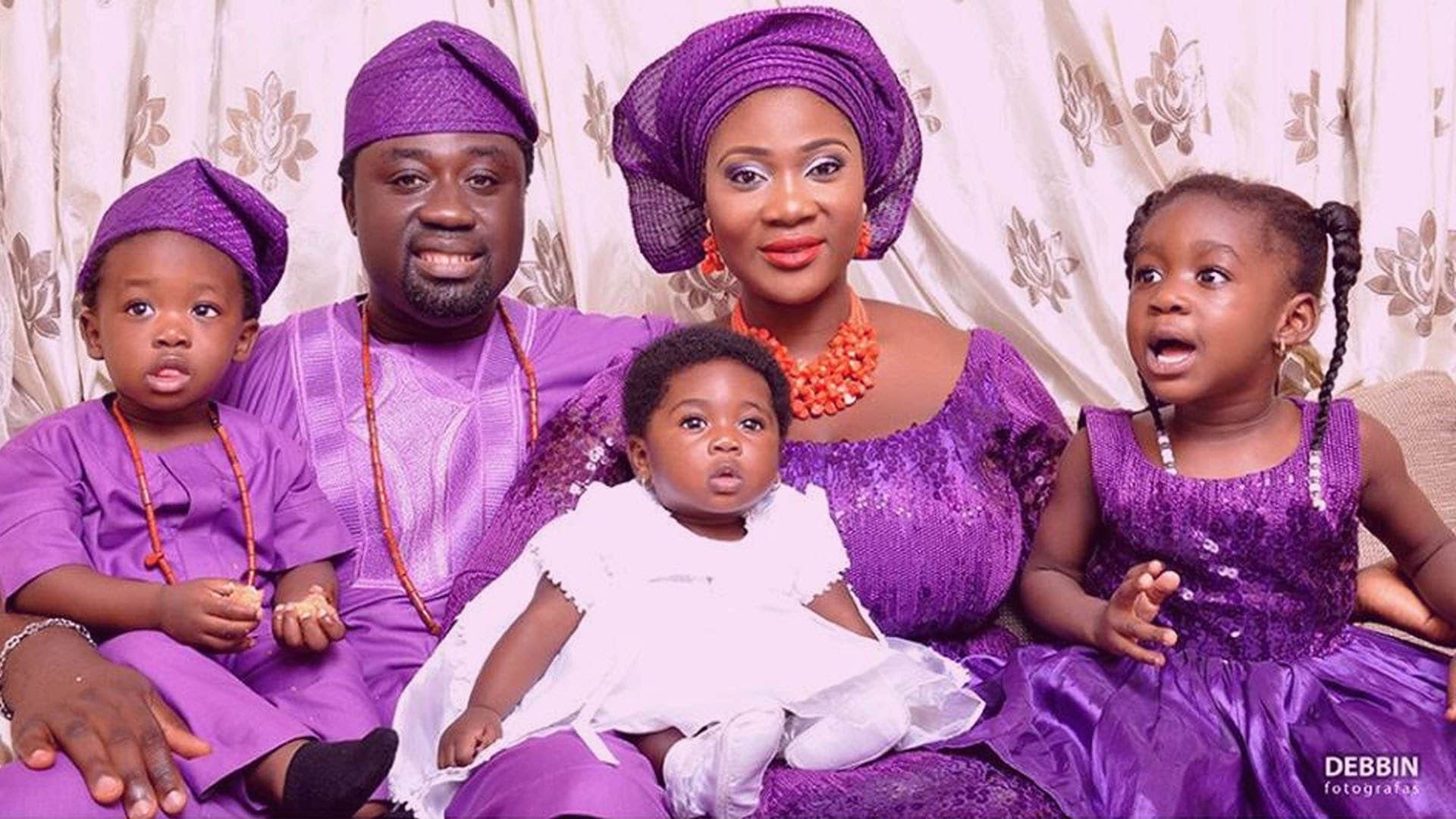 Mercy Johnson delivered her first child Purity Ozioma Okojie in the United States of America on December 30, 2012.
She gave birth to her second child a baby boy Henry Okojie on October 15, 2014, at the University of Maryland (St. Joseph Medical Centre) Baltimore, United States Of America and The third child, a baby girl was delivered on 11 December 2015 in the US as well. 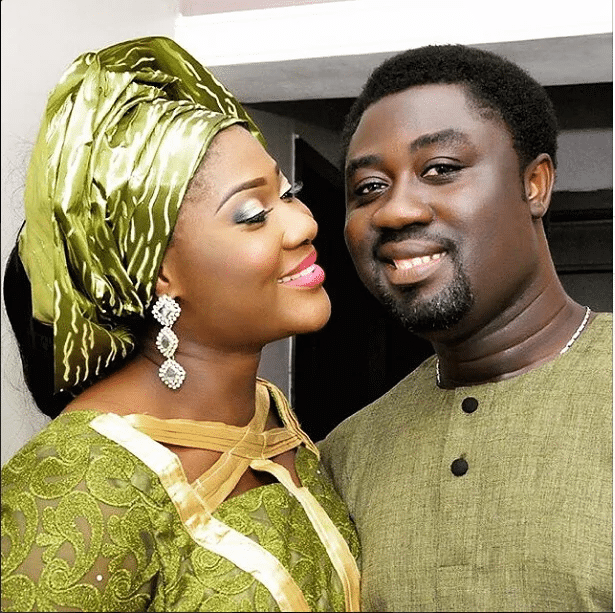 Prince Odianosen Okojie is a native of Edo state. His marriage to star actress, Mercy Johnson was filled with controversies. Because it was alleged that he already has a wife and kids in Canada. Nigeria’s Social Media was filled with different opinions on the legality of the marriage. There were rumors that different churches refused to well the couples, However, Christ Embassy decided to wed the couple, and to date, they are still living happily.

• Into Temptation
• House Party
• Women in Power
• Lost to Lust
• Kill the Bride
• Under the Sky
• Under Control
• Thanksgiving
• Sweet Mama
• Pay Day
• Painful World
• One-Bullet
• Oath of a Priest
• Married to the Enemy
• Last Kiss
• Endless Night
• Emotional Blunder
• Dear Mama
• 19 Macaulay Street
• Wealth Aside
• Twist of Fate
• The Scorpion God
• The Last Tradition
• Take Me Home
• Sunny My Son
• She is My Sister
• Power of Justice
• My Beloved Son
• Look Into My Eyes
• Kolomental
• Keziah
• Genevieve
• Evil Agenda
• Desperate Ladies
• Crisis in Paradise
• Breath of Anger
• Area Mama
• Tiger King
• The Gods Are Wise
• Temple of Justice
• Tell Me Why
• Soul Of A Maiden
• Strength to Strength
• Sin No More
• Live to Remember
• Kiss My Pain
• Forest of Promises. etc

If we are to believe the report from Global Excellence magazine, the report has it that the super actress, Mercy Johnson Okojie was handed an amazing classic Range Rover SUV 2013 model car by her husband Prince Odi Okojie discovered she was pregnant with their first child.

It was also revealed that the Kogi born star, Mercy Johnson got the latest Lexus SUV car from her husband Prince Odi Okojie after the birth of their first child in December 2012.

After the birth of their child whose name was purity, it was reported that the actress husband, Prince Odi Okojie got her the brand new car after a scan which indicated that the baby is a boy, The super Nigerian actress got married to her husband on the 27th of August, 2011, and ever since then, are still living happily.

The veteran Nigerian actress made waves, due to her ability and talent in acting, and due to the love from Millions of Nigerians to devour any Movie, she is featured in. Mercy Johnson’s networth is said to be over N600 Million, so having featured in over 120 movies.

How Much is Mercy Johnson Paid per Movie?

According to reports and investigations, the super actress is paid the sum of N3.5 Million per movie. Mercy worked so hard to climb to this rate in her life, and all to her credit after an outstanding performance in various movies such as;

which made Mercy Johnson achieved a lot in life.

The superstar is currently living with her beloved husband, three children in their classic multi-million duplex in Ajah, Lagos State. She is pretty rich and as well successful in her career she is also blessed with many classic cars and an amazing house as well.