History and Origin of Benin People in Nigeria 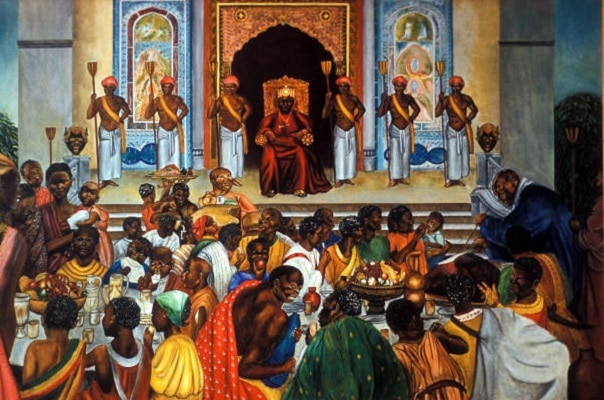 This article you are reading is about the History of the Benin People in Nigeria and their Stories.
Do you know that there are various accounts of the origin and history of the Benin people of present-day Edo state? Yes, there is. There are so many schools of thought that have also traced the origin of Benin to Ile-Ife in Yoruba land, but this claim has been heavily challenged by historians. This is because it lacks the required proof, although it is clearly evident that Benin’s and Yoruba’s have a long historical connection which stretches back numerous generations. I am going to bring up so many schools of thoughts and beliefs. 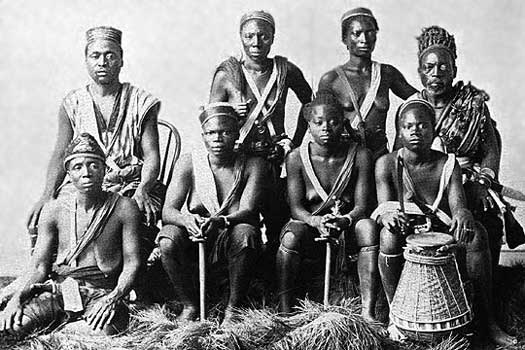 There is another school of thought that believes that the Benin people originated from the lower Nile river area in present-day Egypt. This belief was predicated on the philosophical similarities between the Benin and the Egyptians with respect to religion, monarchy, and cosmology. Just like the Egyptians, the Benin monarch enjoys huge loyalty and respect from their subjects too.
Do you know that there are similarities between the Egyptians and the Benin people? For example, there is a famous hairstyle of Benin chiefs which has a striking similarity with the helmet of Pharaoh Rameses II. The hairstyle used by Benin queens is also quite identical to two past fourth and twelfth dynasty Pharaohs.  Another is the circular patters which were famous with Rameses II’s helmet are prominently visible in numerous Benin bronze casting and other artworks.
Do you also know that the Benin people cosmological account of creation of the earth seems to be largely sourced from the Egyptian account?. This because the Egyptian account says that the universe was in a state of complete chaos and water covered everywhere, then a hill rose up from the bottom of the ocean. It was on this hill that the sun god, Atom appeared. He brought with him the sun, that sustains all life on earth another one is the creation of eight other gods, making nine in total. It is for this reason that the Egyptians allot seniority to the sun god.

The True and legit Benin creation story says that the universe was covered with water and at the middle of the water there was a tree and on this tree there lived a bird called Owonwon. At some point, the creator Osanobua decided to populate the earth so he sent down his three sons whom he gave the choice of selecting one special gift.
The first son chooses to have wealth, while the second choose magical powers and the last but not the least, the youngest, through the advice of Owonwon opted for a snail shell. When he got to the middle of the water, the youngest son turned the shell upside down and it produced a large quantity of sand which formed land from the water. The sons of Osanobua were afraid to step on the land so they sent the chameleon to test the ground ahead of them that is why the Benin people still make the chameleon walk around in their community without hesitation.
The story does not end there, After the land was created, Osanobua came down to the earth on a chain to allocate responsibilities to his three sons. The oldest of the all was given authority over the water that is why the Benin people call him Olokun which means “the god of the river”. Also, know that he is still been worshipped in Benin till date.
The second son was given the responsibility of using his magical powers to balance the effect of negative and positive forces in the natural world. The Benin people call him Oguiwu or Esu which simply means “the harbinger of death”. According to them, he is the reason why all living things eventually die because he is seen as the owner of blood; this is because he is regarded as an evil being.
The last and youngest son was assigned the authority over the land. He also went ahead to name the land Agbon and set up his headquarters at Igodomigodo which is in the present day Benin kingdom in Nigeria.
When it comes to the Benin people mythology: Osanobua and Olokun are usually associated with life, health, wealth and all good things, while Oguiwu is associated with mourning, death, and evil. The youngest son is seen as a symbol of innocence, according to them, he is thought to be susceptible to the whims of the others. In as much as the account of creation and origin given by the Benin is based on mythology, it is however not in doubt that the Benin people already had an organized city and existing administrative structure in existence as far back as 900 AD, when Igodomigodo was ruled by kings called Ogiso or “rulers of the sky”, this is because they were believed to be direct descendants of the youngest son of Osanobua the creator who had come from the sky as they believe.

History of the Benin People Interaction with Yoruba Land

Do you know that the history of Benin can not be completely told without reference to the interaction with the Yoruba?. This is because, between the period of 900 and 1220 AD, Benin people were ruled by a long line of Ogisos, the last of them being Ogiso Owodo who had only one male child.
So, He was very worried about this, so he sent his first wife Esagho along with some servants to consult an oracle to know the reason for the barrenness in his household. When he got there, the oracle told her that she was the cause of the problem. Being unsure of her fate if this information gets to the Ogiso, she conspired with the servants to give a report that the Ogisos’ first son Ekhaladerhan was the cause and that he had to be killed if there is going to be any remedy to the problem on ground.
When he got this news, Ogiso had to look for a plan to save his son from been executed, so he sent him out of the Igodomigodo instead of executing him. When the barren situation did not change after some years, Owodo secretly sent another delegation to the oracle and this mission “Unveiled” to him that the first wife Esagho was the cause of the problem. So, she was killed by the Ogiso for her act.
After so many years, the people of Igodomigodo became continuously frustrated with the rule of Ogiso Owodo and this frustration came to a climax when he executed a pregnant woman for some crime which the people revolted against their Ogiso and he was banished from the land and after few years he was found dead.
As long as Igodomigodo culture is concerned, only a first son of an Ogiso can ascend to the throne hence there was a leadership vacuum. The elders of the land then plot to find the exiled prince who had already formed a settlement which he named Ilefe meaning “the successful escape” and had changed his name to Izoduwa which means “I have chosen the path of prosperity”. It is believed that the existing people of the parts were the Yoruba who corrupted the Izoduwa to Oduduwa and Ilefe to Ile-Ife. After much persuasion, Izoduwa agreed to send his first son Oramiyan to be the Ogiso after he was sure the chiefs will take good care of him.
However, when the prince got to Igodomigodo, he faced stiff opposition from Irebor who was the reigning Ogiamien. Irebor stoutly stopped him from getting access to the heartland so the people built him a special palace at Uzama where all Obas must visit during their coronation ceremony to date.
Facing this kind of opposition, the prince renounced his position and named the place Ile Ibinu which means “land of anger” in Yoruba. On his way back, he stopped at the home of the Enogie of Egor. The young prince then had a relationship with the Enogie’s daughter which led to the birth of a son.
Different other Obas ruled from Uzama until Oba Ewedo who decided to move his palace to the center of the kingdom. This decision by Ewedo caused a bitter disagreement between him and the Ogiamien. After the fighting between, they later came to an agreement and signed a treaty transferring the land to the Oba. This treaty is symbolically re-enacted during the coronation ceremonies of every Oba in Benin till date.

Note that the Benin people were named as a result of their contact with the Portuguese in the 1400s. They corrupted the name Ubinu to Benin. Even though the exact origin of the Benin people cannot be pin pointed with absolute accuracy, all the historical accounts of the people of Benin gives a positive proof to the fact that they are the indigene of their location.