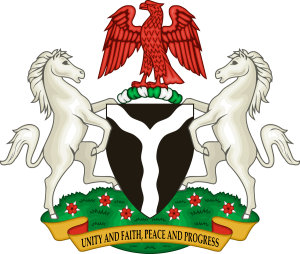 When broken down, the president of Nigeria earns an N292,892.08 monthly. While on the other hand, the Vice president of Nigeria, earns N252,063.04 per month.
Take note that these amounts were arrived at by the Revenue Mobilization Allocation and Fiscal Commission (RMAFC).

The RMAFC is a statutory body, which is empowered by Section 32 (d) of Part 1 of the Third Schedule of the Constitution of the Federal Republic of Nigeria, and this statutory body, has the power and mandate to determine what the remuneration/salaries of political office holders should be, the amount per month and annually.
Be informed that these salaries which are paid to the president, and his vice are drawn from the Consolidated Revenue Fund (CRF).
Take note, that the present salary structure and allowances of the president and his vice president, were fixed by this body in 2007, and it is still functioning till date.
A look at the agency’s website in recent times does not give any indication that this salary structure had been given any recent review.

Aside from the basic salaries which are paid to the president and his vice, they will also be paid some extra allowances. However, by the time these allowances are added up;

While the salary of the Vice President, which is 252,063.04 Per month, when other extra allowances are added, will make a total of N1,010,524.17 per month. Adding this up will amount to a total of N12,126,290.00 per annum.
This information is made available on RMAFC’s official website.
However, regular allowances are also added to the salaries of the President of Nigeria and his vice. For example, each of them is paid 50% of their basic salary as a hardship allowance. This amounts to N1,757,350.50. Furthermore, they are paid 250% of their basic salary as consistency allowance and this amounts to N8,786,762.50.
Aside from the regular allowance which is being paid, both the president and the vice president of the federal republic of Nigeria, are also entitled to irregular allowances. These include furniture and accommodation allowance. They are however not paid this amount since the federal government has already made provision for the accommodation of the president and his vice at Aso Rock.
Aside from the allowances which are shared above, the president and his vice are entitled to regular duty tour allowances and estacode. Both the estacode and the regular duty tour allowances are paid per night, yes, you read it right, both the estacode and regular duty tour allowances are paid per night. They equally have access to medical allowances when they request for medical checkups.
The president and the vice president of Nigeria, also have the right to severance gratuity of 300% of their basic salary. The president’s severance allowance is N10,544,115 (Ten Million, five hundred and forty-four thousand, one hundred and fifteen naira only) and his leave allowance is N351,470.50. Take note that this amount represents 10% of his basic salary.  His optional motor vehicle loan is N14,058,820, which represents 400% of his basic salary.
He is expected to repay the car loan before his tenure as president expires.
The vice president also receives the following: