Netflix is a site that has become the dream of various people today, especially in recent times, when people have nothing much to do but stay indoors and keep hoping that this period ravaged by the worldwide pandemic will soon come to an end.

What we are saying in the essence is that, during this period, so many people have become so bored at home that they can’t wait for the day they will freely start going about their businesses as before.

Not to talk about the kids who during this holiday period, lack something to keep them lively, or at least keep them at home.

You will also agree with us that, this long holiday period is usually when kids are prone to all sorts of nonchalant and wayward life because they are tired of boredom at home and needs to go out and mingle, which can make them associate with the wrong people.

Hence, to keep them entertained and occupied, Netflix has come up with hundreds of thrilling movies that are capable of making them stay glued to their sit. Nevertheless, there are quality ones that we have picked out to save you of any confusion you might encounter in picking those that are most appropriate for your kids.

Below are our top ten picks of Netflix videos that are of the highest quality, full of entertainment, values-oriented, educational, and lots more.

This video was a newer version, released in 2010. Its main casts are popularly known Chinese martial art actor, Jackie Chan, and a young prodigy, Jaden Smith, son of popular US actor Will Smith.

The video tries to portray the struggle of a widow, who was forced to move to China to search for a job, after her husband’s death. Over there, the son is continuously bullied in school, which forces him to undertake in martial arts lessons, with the help of a martial art expert (Jackie Chan). And he ended up defeating the bully while becoming a strong young boy.

The process of a kid steadily overcoming fear is well portrayed in this movie. In fact, there are lots of more intriguing features in this movie. 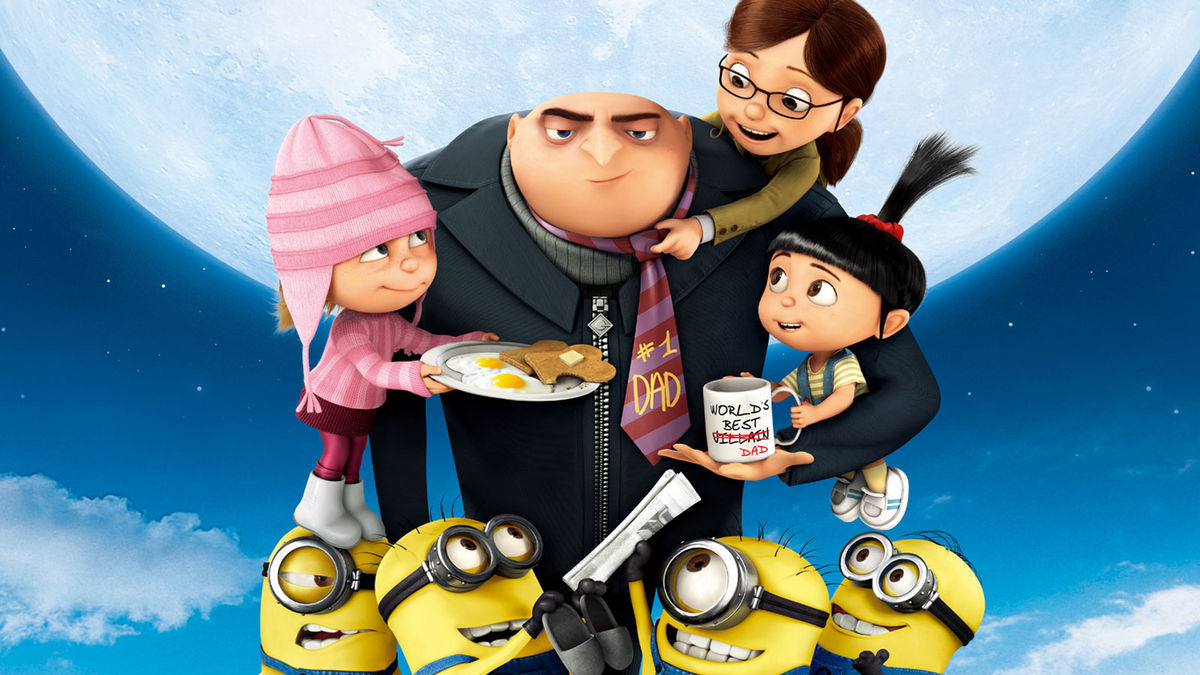 Despicable Me is quite a hilarious movie released in 2010. It features a villain, Gru, and his adventures with his three daughters, which he had adopted from an orphanage home. The movie also features humorous creatures in the form of minions who assisted Gru to victory against his enemy, Giza, thus, making it more hilarious.

Meanwhile, the relationship between him (Gru) and his daughters is an enviable one, smooth and without squabbles. That is why the movie also tried to highlight the aspects of family, love, and unity. This is a hilarious movie about a villain named Gru and his journey with three daughters that he adopted from an orphanage.

The story is made hilarious with funny creatures like the minions who help Gru to win against his enemy Giza. 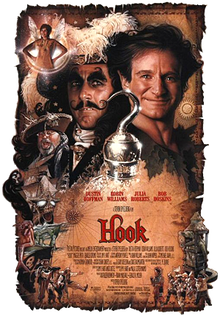 Hook is a very imaginative and fictitious movie by Spielberg. It is a very entertaining film featuring how a father saves his kids from his nemesis that comes as being a pirate.

The story revolves around a plot that takes the setting to an imaginary land, featuring characters such as Tinker bell who are confused as to whether to support the father or the Enemy. The movie teaches you so many lessons like Loyalty, crisis management, love, amongst others.

Hugo is a very emotional kind of movie that features a young orphan, who lives by the railway tracks and oil clocks and machines. As the story goes on and on, he happens to find himself at the center of a mystery involving his dead father’s automation experiment and inventions.

He started working on the experiment which comes with various challenges of its own. Although he got to the end of the invention, he encounters a tragedy when the invention is being run over by a train, outdoing all his outwork and rendering it fruitless.

The movie helps to teach kids that not everything ends well. The emotion of sadness, perseverance, and determination was vividly captured. 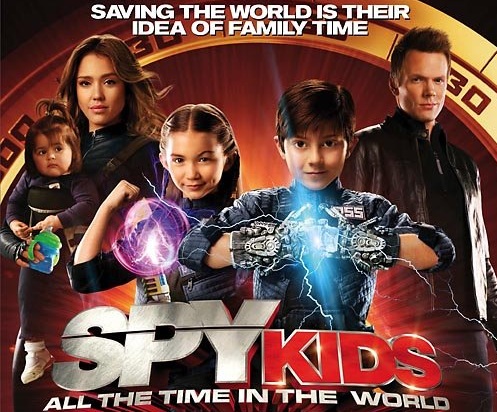 This film is another mind-blowing, intriguing, and same time, an entertaining movie. It is an action-comedy film that is set in contrasting worlds, made up of regular life and an imaginary high-tech world.

The movie is all about two siblings, Carmen and Juni, who secretly and tactfully trail their secret agent parents in their journey. The reason for following their parents is to ensure their safety and security while on their duty.

That is why, Spy Kids is known to be one of the movies that help children grow in their sense of imagination, as well as understanding the essence of families, and the plain old good and adorable sibling rivalry. 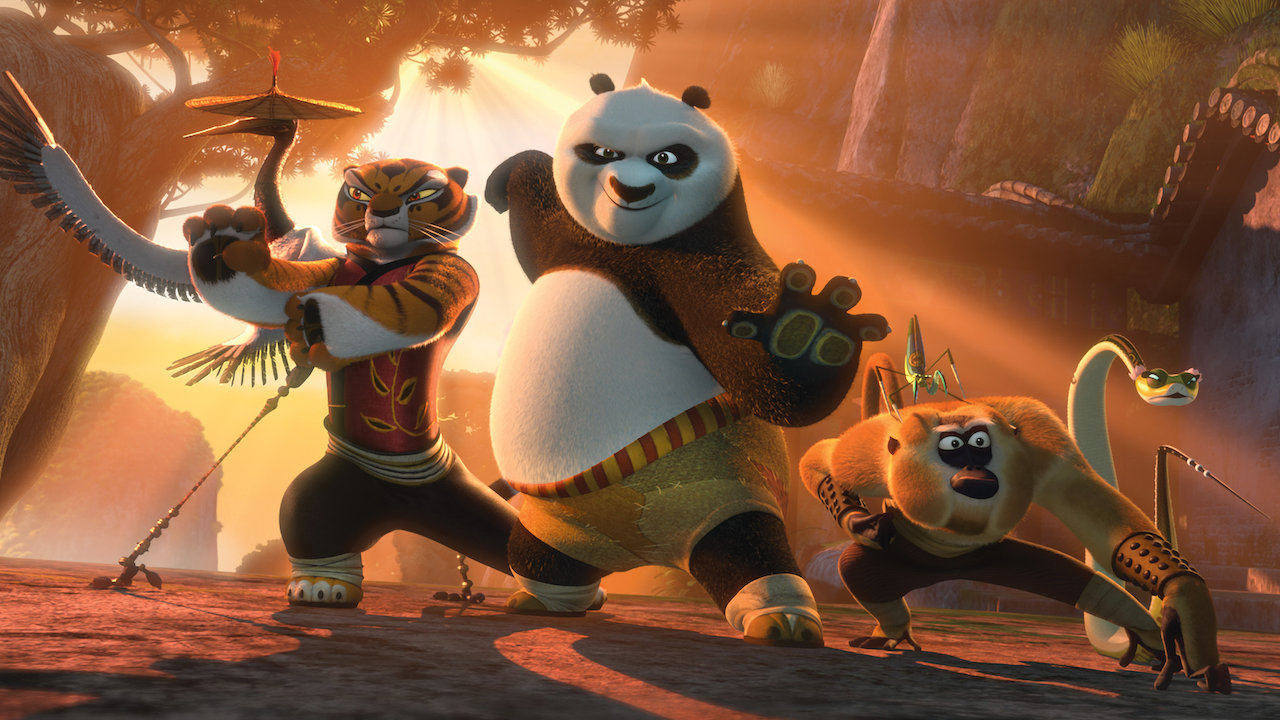 Kung Fu Panda is quite a popular movie. If you haven’t watched or heard about it, then you are probably not from this planet. It is an extremely hilarious movie comprising of a world of talking animals in the city of China.

Panda Po is the protagonist and hero in the movie, who saves the city from the antagonist, Tai Lung, the evil Kung Fu warrior, who escapes prison and tried to hurt the city.

It is a comedy film which enables kids to see animals in a different light. The movie teaches moral lessons such as loyalty, obedience, unity, and many more.

Willy Wonka and the Chocolate Factory. 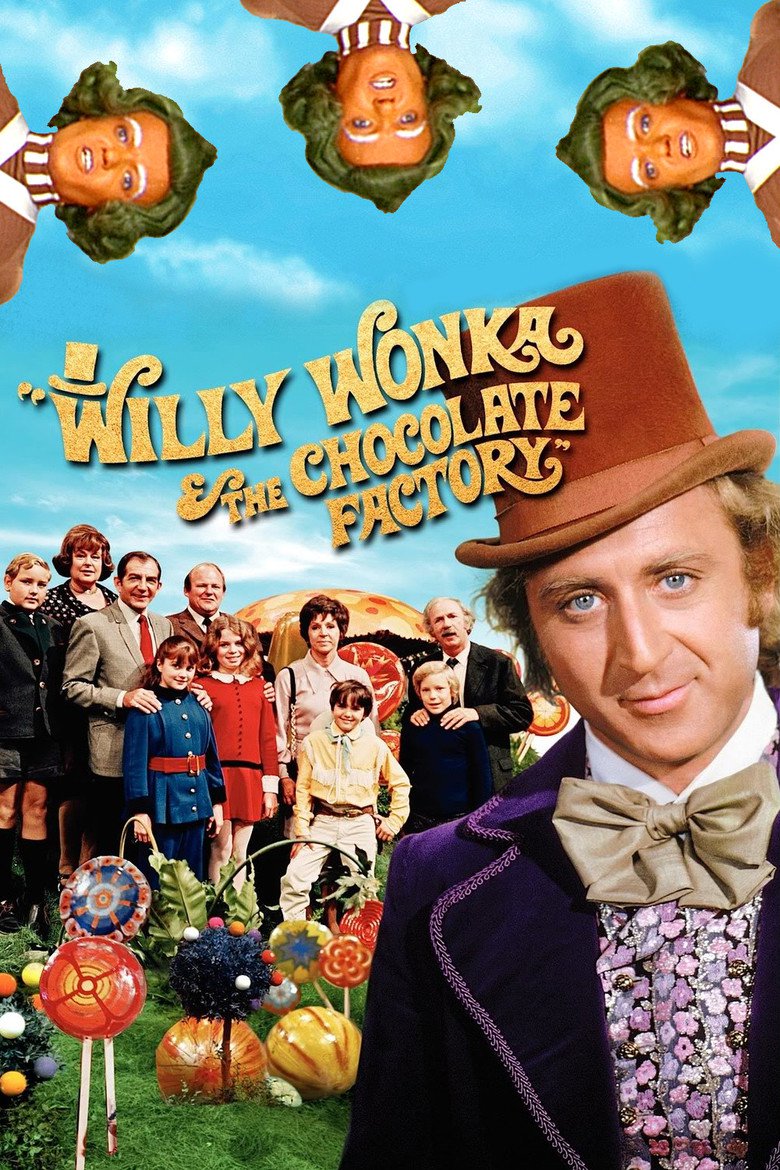 This is another interesting movie among the top ten movies that you should recommend for your kids. It is all about a boy, Charlie, who is invited with a golden ticket to the chocolate world, i.e., Willy Wonka’s Chocolate Factory.

The world is beautiful with candy and chocolate. It was smooth sailing until five other kids were also invited, which caused a big problem as a result.

The film vividly picks out traits such as, chaos, greed, and anger, especially in such in a way that your kids can understand easily. Then, talking about the beautiful chocolate factory, it will keep the child enthralled and hoping to be a reality. 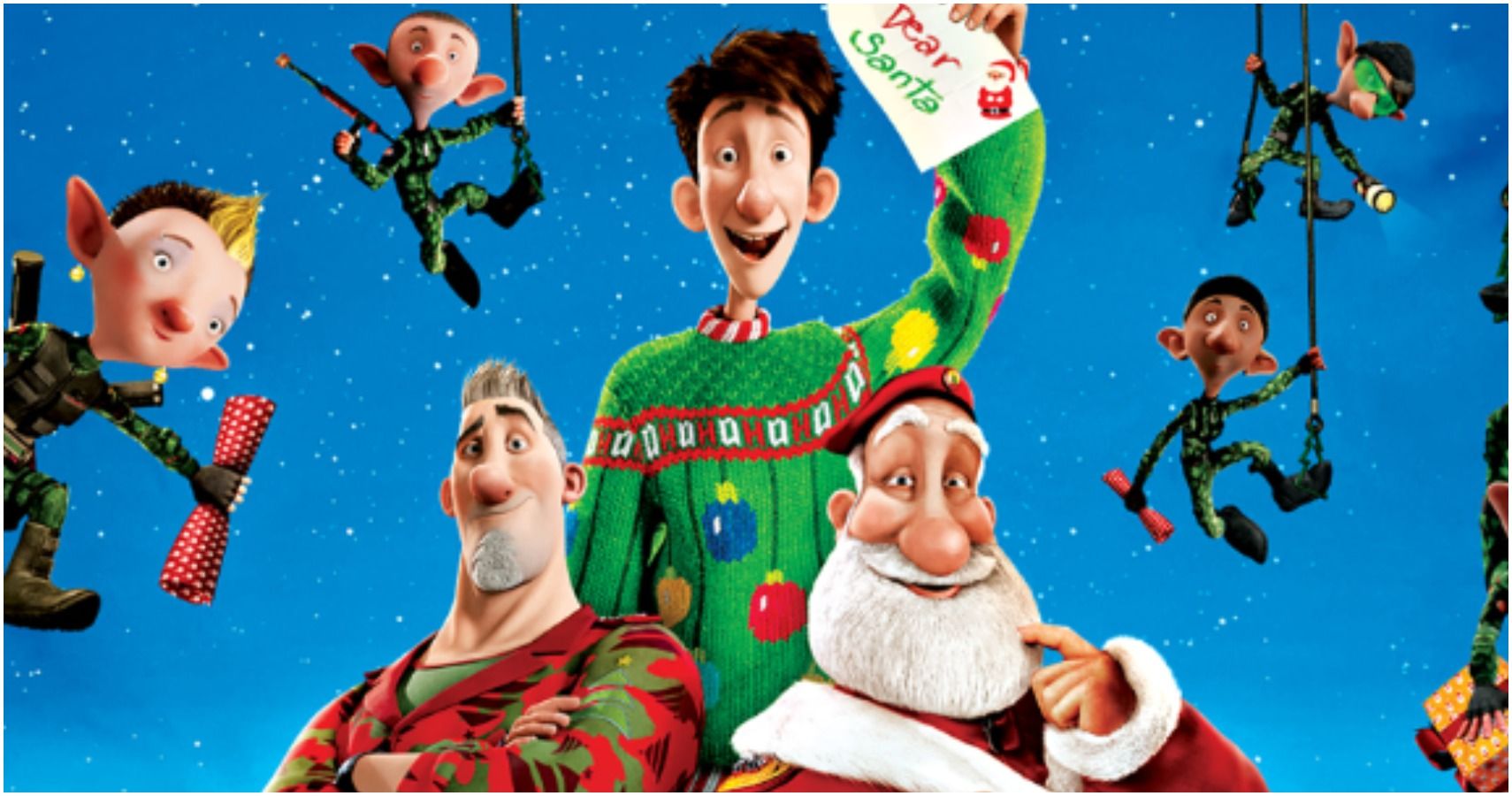 The movie “Arthur Christmas”, interestingly features Arthur, the son of Santa, and how he presented a Christmas gift to a girl, on a wonderful Christmas, although, it was accompanied by many barriers as the sleigh machine breaks down.

These challenges Arthur faced without the knowledge of the girl and while she was asleep, but only woke up to see the precious present on Christmas morning.

Meanwhile, he also had to through all those difficulties unknown to save Christmas, or spoiling the fun. The story is indeed a feel-good Christmas movie that will make your kids believe in the tale of Santa, thus initiating in them the joy of sharing and love. 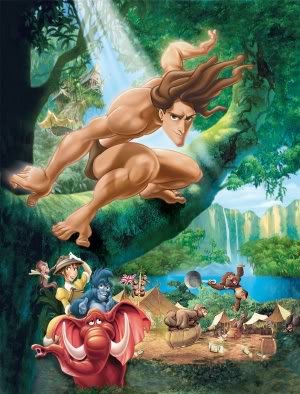 This film is such a classic movie featuring an orphaned boy, called Tarzan, who is brought up by wild animals in the forest such as, the gorillas and boars.

You can imagine the forest boy, Tarzan falling in love with Jane, a girl, who comes with her British father to the forest as part of an expedition.

The climax of the movie was highlighted in the decision-making of Tarzan as to whether he should embrace the new civilization of humans and follow the love of his life or continue dwelling in the forest with his animal friends forever, which is his root and had been his home.

This film will ensure your kids understand the value of nature and animals in a new light, while also teaching them how to make decisions and stand by them just like Tarzan.

The movie, “Bolt” features a dog called Bolt, whose central assignment is to secure and protect Penny, his owner. This cute movie is about a dog named.

Meanwhile, Bolt has superpowers as he is genetically mutilated by Penny’s father to help protect her from danger. The dog’s mission was vividly portrayed when Penny was kidnapped by the evil Dr., and he (Bolt) did everything possible to rescue Penny from him.

The movie enables children to understand values like an owner-pet relationship, as well as learn good morals such as love, loyalty, strength, and the difference between good and bad. In fact, your kids will enjoy this movie.

We have successfully listed out the 10 quality movies that you can recommend for your kids. Movies that are so interesting, as well as been motivational and educating. We assure you that it will certainly give you good value for your money.

Meanwhile, we urge u to be a constant visitor to this site as we will not fail to continue updating you with more information concerning thrilling movies alike, including other technology news can surely interest you, as soon as we get it.