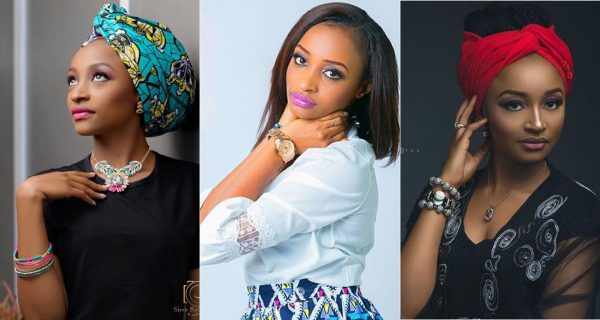 Rahama Sadau, whose real name is Rahama Ibrahim Sadau is a Nigerian actress, who is a very popular actress from Hausa. She was born on 7 December 1993 in Kaduna, Nigeria.

Rahama won the Best Actress in Kannywood, at the City People Award 2014. She also won the Best African Actress at the 19th African Film Awards by African Voice – Britain’s No.1 African Newspaper. For those who knows her, the actress is popularly referred to as “Priyanka” of Kannywood. Thanks to her acting prowess, brain and beauty.
The actress is a graduate of Kaduna State Polytechnic, where she studied Business Administration. She later joined the Hausa film industry, Kannywood in 2013. She is one of the few Hausa on-screen characters who speaks both English and Hindi languages fluently.
Rahama has played some minor roles in Hausa movies, before gaining fame from her performance in “Gani ga Wane” where she acted alongside with the popular Kannywood actor, Ali Nuhu.

Rahama Sadau Phone Number
Her phone number is being updated. Before then, you can contacts her using these email addresses; Info@rahamasadau.net Or Sadaupictures@gmail.com

• The Light Will Come
• Super Story (Soap Opera)
• Sons of the Caliphate (Soap Opera)
• Ajuyawa
Rahama Sadau is one of Kannywood biggest superstars, thanks to her talent. For those who don’t know, Rahama Sadau is a Nigerian Hausa actress.
She is the winner of Best Actress (Kannywood) at the City People Entertainment Awards in the year 2014 and 2015. The multi-talented actress won Best African Actress at the 19th African Film Awards in 2015 by African Voice.
In 2017, she became the very first Hausa speaking female celebrity to appear in the top ten Hottest Nigeria Female Celebrities.
While in 2017, Sadau went to produced her first movie, Under her Production Banner known as, SADAU PICTURES. The Movie is titled Rariya Stars. The movie, Rariya Stars features top movie producers like actor Ali Nuhu, Sadiq Sani Sadiq, Fati Washa, Usman Ycee.
However,  Rahama Sadau got into the biggest scandal that even got her featured in BBC and CCN. This happened in October 2016, when the actress was reportedly banned from the Hausa film industry (Kannywood) by the Motion Picture Practitioners Association of Nigeria (MOPPAN) due to her performance in a music video
The body, MOPPAN argued that the “hugging and cuddling” which the actress participated in the video, was offensive. Conservative Muslim clerics have accused the Kannywood film industry of corrupting people’s values and mindset.
Taking to her defense Rahama Sadau claimed not to know any other person who had been banned in Kannywood, except herself.
Later on, on the 8th October 2016, she featured in a movie series on EbonyLife TV.
Sadau loves education and want to get the best of it. The actress is studying Human Resource Management at the School of Business and Finance of Eastern Mediterranean University in Northern Cyprus.
She had also applied to different universities in Dubai and Florida.

The actress is really active on her Instagram page, as she has shared several beautiful pictures, her life stories on her instastories profile. Here’s her real and official Instagram account ⇒ https://www.instagram.com/rahamasadau/