Samsung Galaxy Alpha, the father of Modern day Samsung galaxy A series, was launched on the 13th of August 2014, but was made available to the public in September 2014.
The Samsung Galaxy Alpha also incorporates the Qualcomm Snapdragon 801, also known as the Samsung’s new Exynos 5430 system-on-chip, which is the first mobile system-on-chip to use a 20 nanometer manufacturing process. When this device was released into the Market, it was met and received with mixed reviews: Hundreds of thousands praised the smartphone for its higher quality build and design in comparison to earlier products, while thousands also criticized the smartphone, for its modest specifications in comparison to its flagship counterpart, the Galaxy S5. One major reason critics gave, is that the Samsung galaxy Alpha is being priced too high for what they considered to be a “mid-range” smartphone.
During it’s launch, Taking the stage and speaking on the smartphone, Samsung Electronics CEO JK Shin explained that the Alpha was “built and designed based on the specific desires of the consumer market.” The company boldly claimed that the Galaxy Alpha is marking a “new design approach” for Samsung’s products, and that elements from the Alpha could appear on future Samsung models smartphones.
The Samsung galaxy Alpha operating system is based on Android 4.4.4 “KitKat” and comes with its own version of TouchWiz UI. After several updates were made, in April 2015, Android 5.0.2 “Lollipop” was made available through an OTA update for those still using the device. 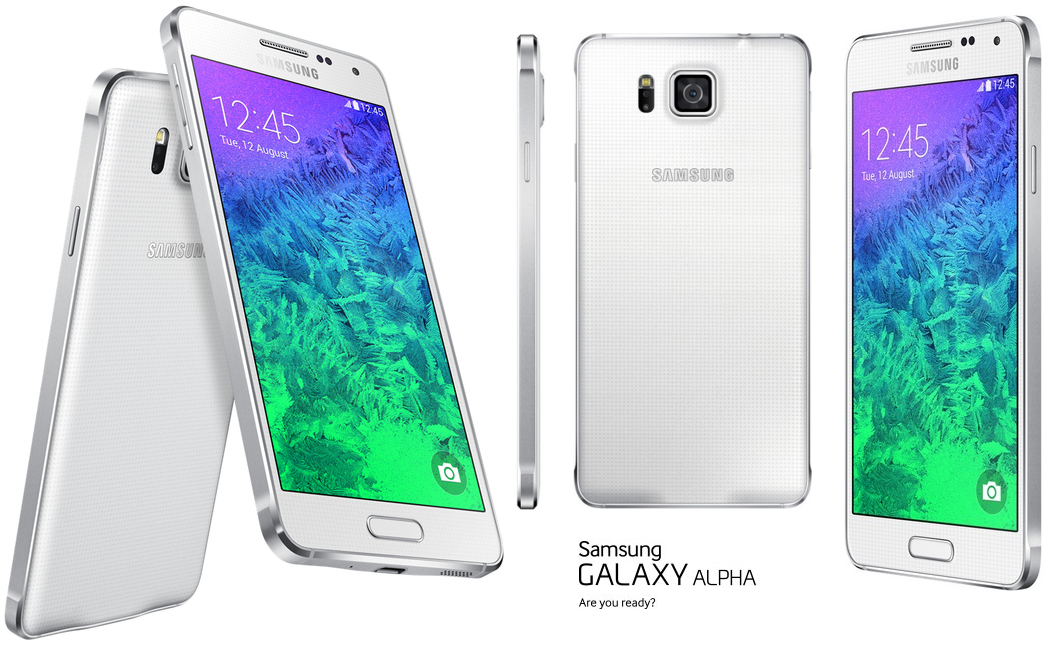 The Samsung galaxy Alpha comes with a 12 MP rear camera and a 2.1 front camera for selfies. This device is a 4.7 inch smartphone, same size as current iPhone’s of Today, and has a 720 x 1280 pixels screen resolution. What is more? This device comes with a replaceable Li-Ion 1860 mAh battery, which users have attested to last for more than 24hours under heavy usage.
The Samsung galaxy Alpha is fitted with an amazingly powerful Super AMOLED capacitive touchscreen.