For the Samsung lovers, you don’t need to always wait for long, because, the Samsung Electronics Company will stop at nothing to wow you with captivating devices that will give you good value for your money. 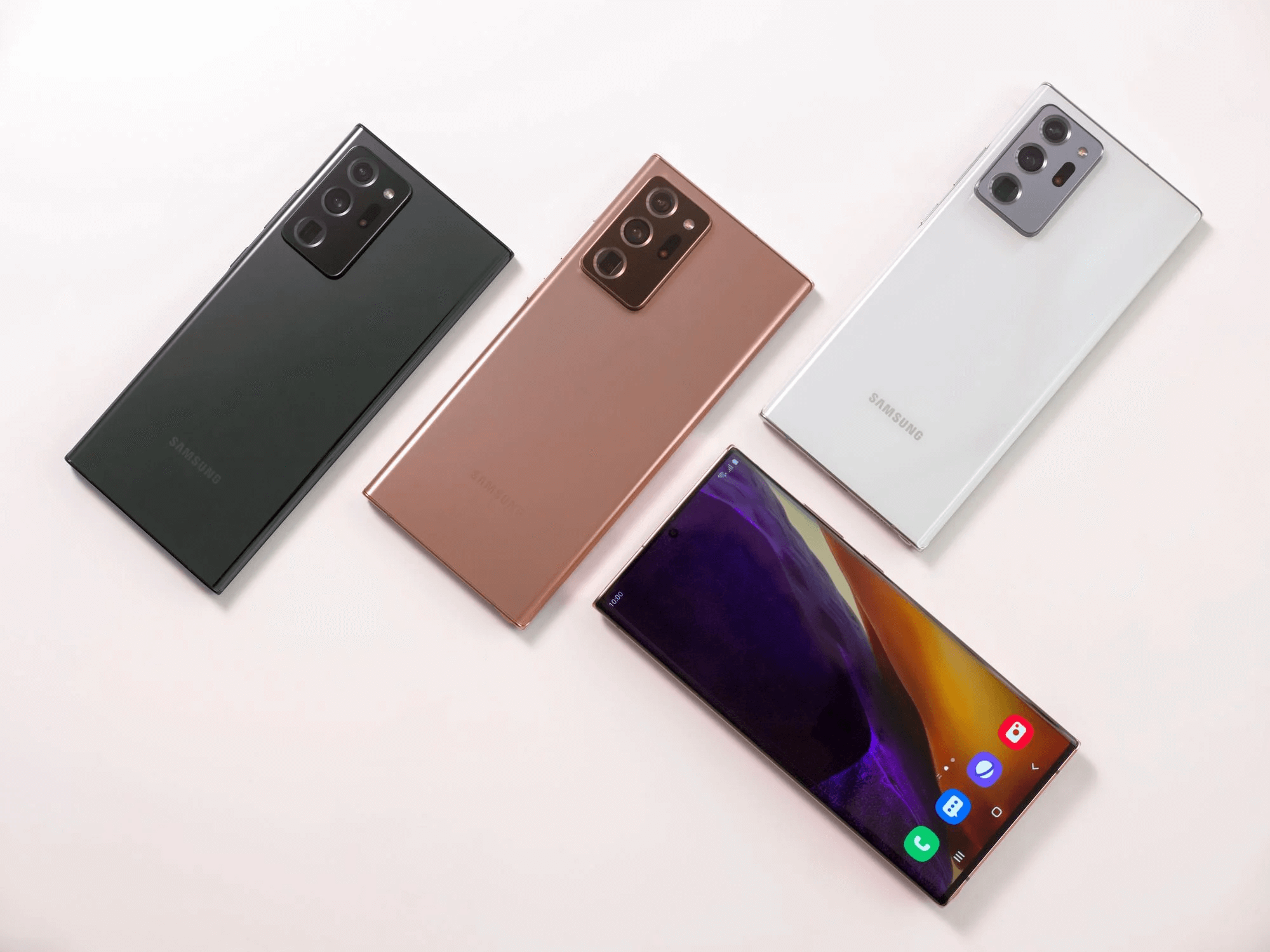 Make no mistake, the Samsung Galaxy Note 10 series, in its own right an amazing phablet, with so many interesting features.

The Samsung Galaxy Note 20 hardware is made up of two models, namely; the international models which utilize the Exynos 990 system-on-chip, while the second is the U.S. models that utilize the Qualcomm Snapdragon 865+. Meanwhile, both models possess a 7nm+ based processing technology mode.

The Samsung Galaxy Note 20 does not feature a curved display, rather it possesses a 6.7-inch 1080p display. It features an AMOLED with HDR10+ support, with an AMOLED plus technology. It has a fixed Hz refresh rate. It utilizes an ultrasonic fingerprint sensor inside the screen.

The Samsung Galaxy Note 20 features an 8GB RAM storage, paired with a 128 or 256GB of internal storage standard. It has an external microSD slot, in case you want to expand its storage.

The Samsung Galaxy Note 20 possesses a non-removable Li-Ion battery with a battery life of 4300mAh. Also, Qi inductive charging is supported, with the ability to charge other Qi-compatible devices from its own (Galaxy Note 20) battery power. This activity is wildly branded as, “Samsung Power Share”.

The Samsung Galaxy Note 20 phablet uses a 5G standard connectivity. It phablet supports the both types of 5G networks, which grant it access to any connectivity variant, even though some places tend to have special LTE or sub-6GHz only variants. Nevertheless, it omitted the audio jack system.

The Note 20 phablet comes with a 12MP wide sensor, plus a 64MP telephoto sensor, and a 12MP ultrawide sensor. A 3X hybrid optical zoom and 30X hybrid zoom is supported by the telephoto camera.

The aforementioned telephoto sensor can use what they call, pixel binning to output higher quality images at a standard resolution, while the wide-angle sensor uses the Nonacell technology to group 3x3pixels, in order to capture more light.

Don’t forget also, that it comes with a front camera of 10MP, which can record a 4k video, and an 8k video at 24fps, which is also enhanced through the 64MP telephoto sensor. Amazing, isn’t it?

The Samsung Galaxy Note 20 phablet comes with a Stylus Pen, with an improved latency of 26ms, especially for the benefit of those fans or users that enjoy using them, rather than use their fingers.

Partnering with Xbox, the Samsung Galaxy Note 20 is sure to offer Xbox games, over 90 of them to be precise, with a promise of three months of game pass along with an Xbox gamepad. You can also connect the games from your phone to your TV to play.

For more clarifications, we have laid down below the full specifications of the Samsung Galaxy Note 20.

The Samsung Galaxy Note 20, with all the interesting features, most people were expecting it to be more expensive than it currently is. However, believed to be full of surprises has elected to make the price as affordable as it can be for its users.

Moreover, the current price might be high, due to the global effect of the COVID19 pandemic which raked the world and increased currency rates, but it is subject to change.

Meanwhile, we expect to keep you updated with any latest development of not just this phablet, but other Samsung series and various captivating Smartphones from other companies. Stay with us.