Samsung Galaxy s10 Rumors – BEST Ever Smartphone From Samsung Yet?

The samsung galaxy s10 rumor has already started, and it won’t be quite easy for the Samsung galaxy flagship smartphone, because it will be going up against three (3) Apple’s smartphones, their biggest rival.
It’s quite difficult to believe that just within weeks after Samsung released the much respected Galaxy S9 and Galaxy S9+, there is already rumor specs on the Galaxy S10 and S10 plus ?. But such is the technology world we live in.
You can checkout the complete list of all samsung galaxies tablet here.
However, from reliable sources, it is presumed that the Galaxy S10 and, probably, the S10+ promise to be the most important Samsung releases within the past few years. This device is going up against three new iPhones from Apple, which is expected to be released the last quarter of the year, and the new Galaxies could be the first from Samsung to offer 3D face scanners and much better specs.
Of course, there are lots of samsung galaxy s10 rumor specs which we are expecting in the coming months. Regardless, here’s what we’ve heard about the Galaxy S10 so far.

If you have been following the smartphone market, you will know that Samsung has been criticized a lot, for not having a 3D face scanner to compete with the Face ID in Apple’s iPhone X. However, according to a leak from The Investor, which disclosed that Samsung has partnered with 3D camera firm Mantis Vision, to finally get a 3D scanner into the Galaxy S10.
However, other respected sources have not confirmed this feature yet, but it’s believed that the Mantis Vision technology will be able to compete on the same level as the Face ID, which is feature on the iPhone X. 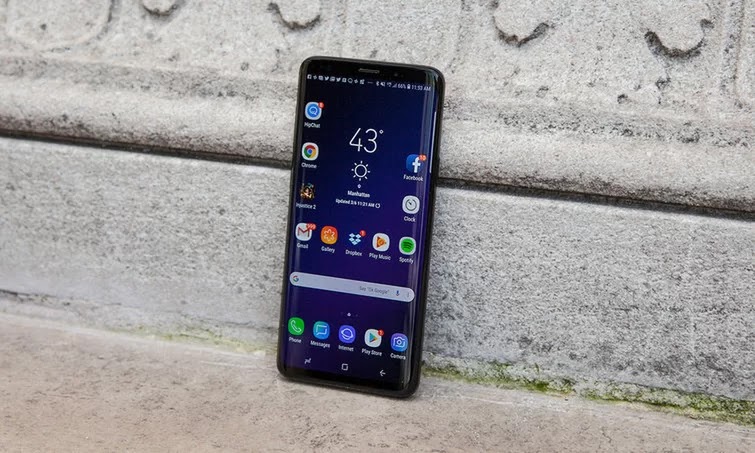 It is also rumored that the S10 and S10 plus will be coming with an in-screen fingerprint reader, unlike the Samsung galaxy s9 and s9 plus, which features the scanner in the rear.
It is no longer news or new that the mobile phone giant, Samsung, is a believer in a bezel-less design and will likely remain so in their 2019 galaxy flagship. In fact, according to a report in The Indian Express, the World Intellectual Property Organization has just recently, published a Samsung patent filing that describes a new smartphone design featuring a completely bezel-less design.
Better yet, the patent shows a fingerprint scanner which is under the display screen, suggesting that this feature could also make its way to the new galaxy smartphone, since Samsung is putting everything together, to make sure that the s10 competes with the new iphone devices. 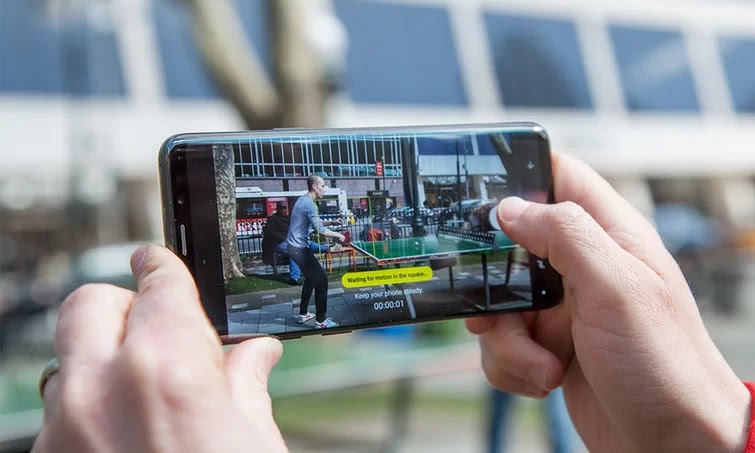 We all know Samsung and it’s love with Qualcomm. In a move that could gives us a peck view into what happens in the Galaxy S10, Samsung in February announced that it had invested so far, a whooping $5.6 billion in a new factory to build 7-nanometer chipsets. Not only would that allow for a smaller chip, but it would also pave the way for the company to make a variety of design changes with the extra room it’ll have inside the handset. And we’re sure this will appear in this new galaxy device.

Honestly, it is quite too soon for us to predict the samsung galaxy s10 released date. However, using the past years as a guide, you will discover, that Samsung are more likely to stick with their timetable in 2019 as in other years. That means you should expect to see this new revolutionary smartphone announced at next year’s Mobile World Congress show, which gets underway February 25, 2019.
If Samsung follows a similar pattern for the S10 as did for the S9, the new phone would hit shelves by mid-March 2019.