The Samsung galaxy s7 edge was the flagship smartphone of Samsung Mobile in 2016. The Samsung Galaxy S7 Edge smartphone was officially launched in February 2016. This smartphone comes with a beautifully fitted screen size of 5.5inch touchscreen display, and a resolution of 1440 pixels by 2560 pixels at a PPI of 534 pixels per inch.
This is a quick rundown review of the Galaxy S7 edge. You can choose to go directly and see the complete Specifications and Features outlined in a table at the end of this short review.
The Samsung Galaxy S7 Edge is powered by 1.6GHz octa-core, which is the same as the galaxy S7. This device comes with 4GB of RAM, making it faster. For Internal Memory, this device didn’t disappoint, as it comes with a 32GB of internal storage and a MicroSD slot. You can insert a MicroSD slot and increase the external memory up to 200GB.
The Samsung galaxy S7 edge comes in with different storage space, We have the Samsung galaxy S7 edge that comes wwith 32GB storage space, 64GB storage space and the 128GB storage space. As you must already be aware of, the bigger the internal memory, the costlier it is. The 64GB galaxy S7 edge is costlier than the 32GB, while the 128GB is the costliest in this group.
Samsung didn’t disappoint her users, as the S7 edge comes with 12MP super beautiful camera on back and a 5MP front camera which can be used for welfies or selfies.
The Samsung Galaxy S7 Edge runs Android 6.0, and can be upgraded to the 7.0.1 Android Nougat. This device is powered by a 3600mAh non-removable battery. It measures 150.90 x 72.60 x 7.70 (height x width x thickness) and weigh 157.00 grams. 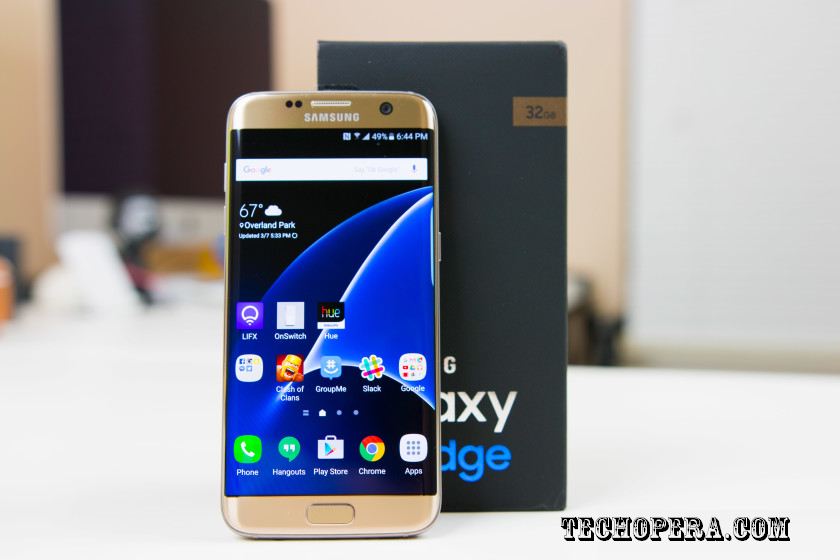 This device Made the list of ALL Samsung Galaxy S Models smartphones in the World.