The Tecno Camon 15 is arguably a high-end Smartphone with amazing features that will tempt you into trading your current phone just to have it. One of its key features that makes it intriguing to fans and makes them clamoring for it, is the strong battery life and clear camera.

Meanwhile, let us give you a brief rundown of the full features of this device so that you can see why it is truly amazing.

Starting with the design, the Tecno Camon 15 features a chassis design that looks a lot like that of the Vivo IQOO 3 5G and the Vivo Z6 5G. You have the same beautiful chassis housing Tecno’s smartphone hardware.

It is widely believed that various Smartphones normally carry the same design, irrespective of the industry that it is been produced. Although the features vary at times.

In The Tecno Camon 15, there is an array of quad cameras on the rear, including a camera flash, a fingerprint sensor, and the Tecno Moniker branding, to vividly show that it is a product of Tecno Company.

The Tecno Camon 15 comes with three different colors, the Shoal Gold, Purple, or Jade. All are fascinating colors that are fan’s favorite. It gives you the option of selecting the color of your choice. 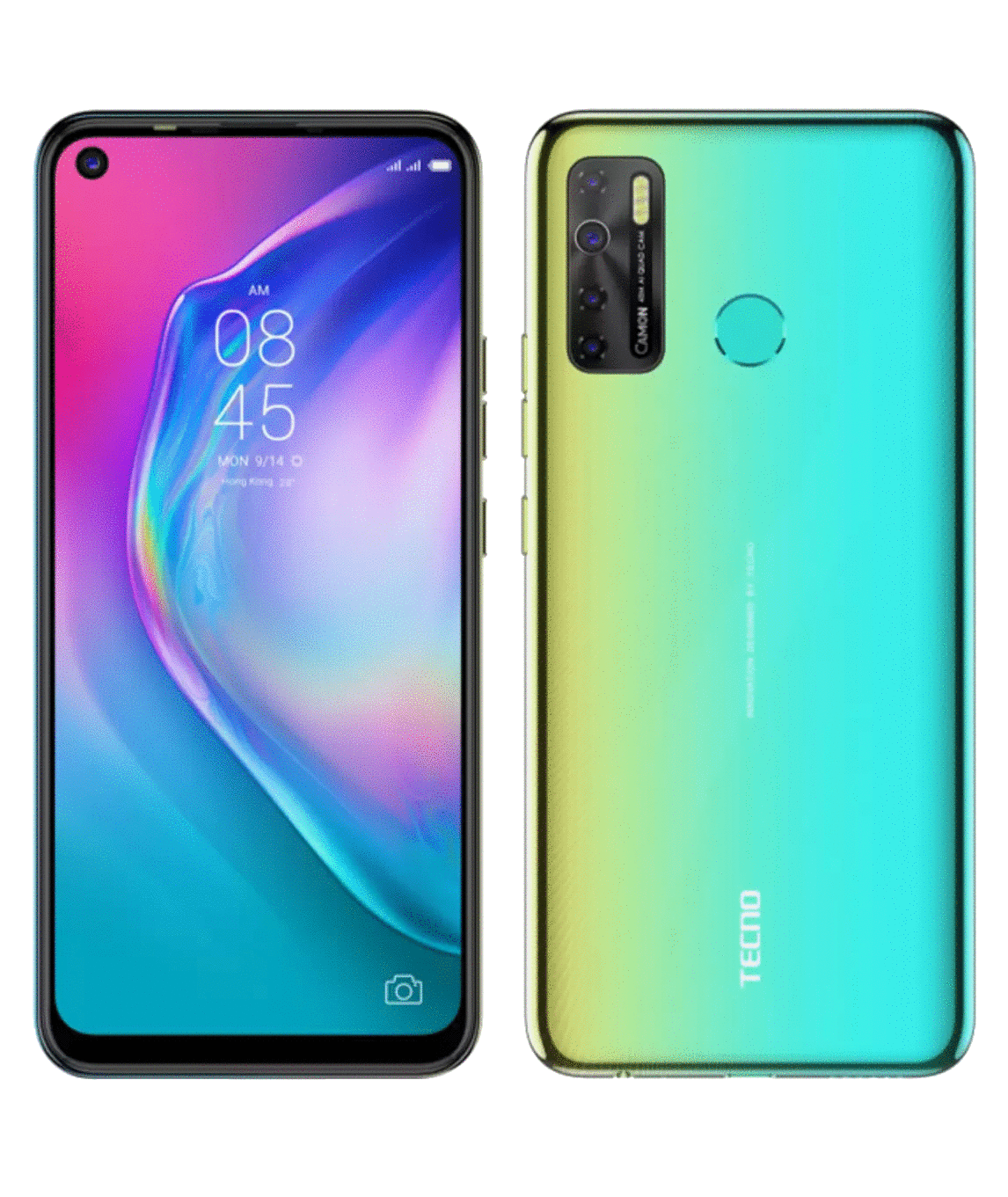 Here’s how the Tecno Camon 15 looks. In this review, you get to see the complete specs, features and price of this device in your country’s currency.

The Tecno Camon 15 features a very bright display. It has a 6.55 inch IPS LCD display in the front, carrying a pouch hole camera. The display possesses a 720 x 1600 pixels screen resolution, and a screen density of 268 PPI.

The Camon 15 camera setup will allow you to take photos in HDR and Panorama, as well as shoot 1080p videos, with the frame at 30fps.

The front camera of the Tecno Camon 15 makes use of a single 16MP camera setup for selfies. Also, it has what it takes to shoot 1080p videos at 30fpps.

The Smartphone carries an Octa-core Meditek Helio P35 Processor, 4GB of RAM, 64GB of internal storage, and an amazing 5000mAh battery, which is arguably the biggest battery capacity you can see in any Tecno Camon Smartphone.

Talking about the software, the Tecno Camon 15 runs the HiOS 6.0 interface on top of the Android 10 operating system.

The Tecno Camon 15 features a 3.5mm jack, Micro-USB USB 2.0, and Bluetooth 5.1. Some devices like the latest iPhones and Samsung smartphones are ditching the Jackhole for wireless headphones now.

Internet connectivity on the Tecno Camon 15 CD7 is capped at 4G LTE. There is no support for the 5G network in this case.

Below are the key specifications of the Tecno Camon 15 Smartphone;

The Tecno Camon 15 Price and Availability

The Tecno Camon 15 smartphone can be gotten at the rate of 68,000 to 70,000 Naira, which is equivalent of almost $175 to $180. The device is very affordable, especially when you consider the many wonderful features it possesses.

It is very much available currently in Nigeria for purchase, even in your nearest phone mall. It is also available in Ghana at the rate of 958 GHc to 960GHc. For those in Kenya, you can get it over there also, at the rate of 17,000 to 17,500 KSh.

Meanwhile, you can also place your order from anywhere you are, including in online shopping, and it will come directly to your doorstep. Nevertheless, stay with us as we continue to update you on the latest information on captivating Smartphones and Tech devices and news.