Tecno Phonepad 7II is the first in a new series of Tecno devices called “Phonepad” and also the first Tecno Phonepad to use 4G Network. Take Note that Tecno Phone Pad 7II is device that can serve as both a phone and a tablet.
Tecno Phonepad 7II is Powered by a massive 4100mAh battery this device can support standby for nearly a month on a single charge. The Tecno 7 II has a sleek design and it runs on a powerful 4*1.0GHz Cortex A53, 64-bit quad-core processor.
You can also checkout the Tecno Droidpad 7C and Tecno Droidpad 7C Pro, beautifully designed and affordable. 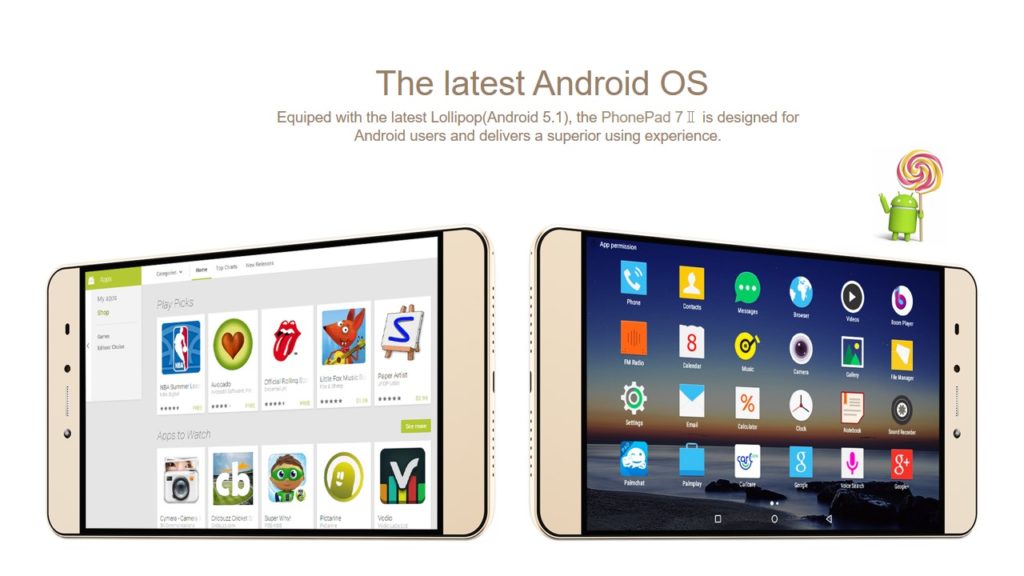 Tecno Phonepad 7II comes with 7.1 inches Touchscreen ,Dimensions (mm) 190 x 105 x 8.90 and also runs on Android 5.1 Lollipop and also 4G enabled. Another exclusive potential about this device is that it comes with a massive 4100mAh battery that can support a standby up to 30days on a single charge.
Other accessories found underneath the Smartphone device includes the following : USB cord, Charger head, User Guide in English, Small literature for PalmChat and a Tecno warranty card. 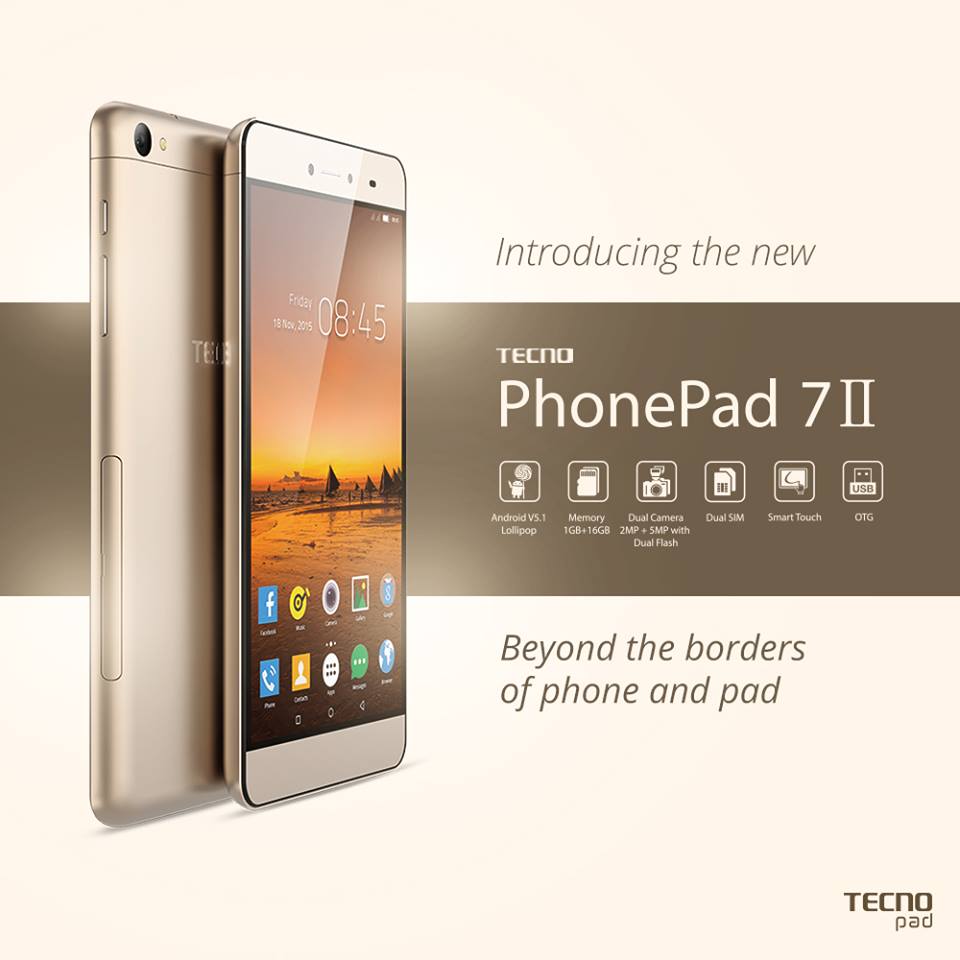 Product History : Tecno Phonepad 7II  is among the very first Phonepad ever produced and seen from Tecno. No, the Tecno phonepad 7ii is in fact, the very first series of Tecno devices called “Phonepad”. Phone Pad 7II is device, which is built to easily serve as a phone and a tablet the same time. It was unveiled in May 2016 and became available in the market by June 2016.