When mentioning the list of Nigerian celebrities, Uti Nwachukwu certainly won’t be left out. Uti or according to the name he selected for his Instagram Handle, Sir Uti has shown that he is not only a successful actor, but he has proven that he is talented in many other fields all in TVs, such as TV presenting, music, and modeling.

Here are some mind-blowing and interesting facts you should learn about Uti Nwachukwu, including his biography and how he became rich and famous. 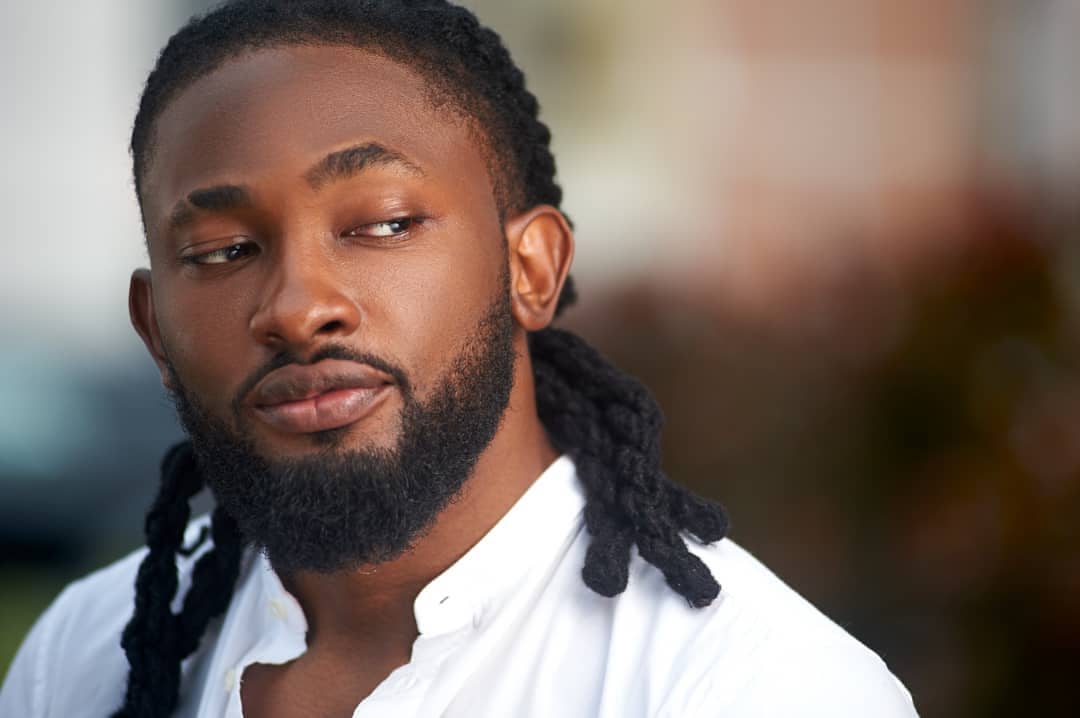 Uti Nwachukwu state hails from the Oil producing Delta state. He came from the Aboh Kingdom in Ndokwa-East local government area of Delta state. Uti is one guy who is extremely proud of his home town and his place of origin.

Uti Nwachukwu is born on August 3rd, 1982, and explained in an interview that he had actually never thought he could ever become such a famous celebrity, not even in his wildest dreams.

When describing himself, Sir Uti usually and always described himself as “Deltan to the core”, and we can point fingers to the fact that all his young years have been spent in this state, precisely in Ughelli Local government area.

The actor said that he will always cherish the memory of him growing in the small town and that Ughelli always brings him nostalgic memories. According to him, his childhood was really nice and quiet.

His father was a worker at Delta Glass, and as a little boy, Uti spent most of his time watching television or playing around the house. The self-made star says that living in a small town has really helped him become who he is today, stressing that when he was a kid, all the people were open to each other and there was no ‘fakeness’ like in big cities.

When speaking of his children, the dreadlock Actor describes himself as a huge prankster, saying that he always enjoyed making fun of everyone in his family. He also claims that he had a lot of authority among his peers and was known as the initial child among his peer group and always come up with the craziest ideas.

He further said that breaking the rules was in his blood, and quite often, he would convince other kids who are either his friends or siblings, especially his siblings, to break them too.

When discussing his childhood, with a smile on his handsome face, the actor says that he still misses his childhood years.

Similarly, with the actor’s fierce love he has for his hometown, he says that he is always proud of his cultural background. Uti thinks that many people who become famous quickly forget where they come from and in the end they let fame and success get to them, thereby dividing them from who they truly are.

However, in Uti Nwachukwu’s case, the actor in an interview about his life argued that his background only inspires him to work harder and makes him thankful for what he already has.

The actor got his secondary school education at Igbinedion Education center. While in school, the actor describes himself as a gifted and outgoing child. Except for being an incredibly successful actor, a gifted model, and a talented musician, Uti Nwachukwu is also a really smart man, according to his degrees.

This may sound unbelievable, but Uti Nwachukwu possesses a degree in Computer Science and Education, that he got at Benson Idahosa University where he did his tertiary education.

On his walk to Fame, the actor had an interesting story to tell. The first time he submitted and applied for Big Brother Africa, he missed the date because he had exams on the same day, which clashed with the Big Brother Africa audition date. 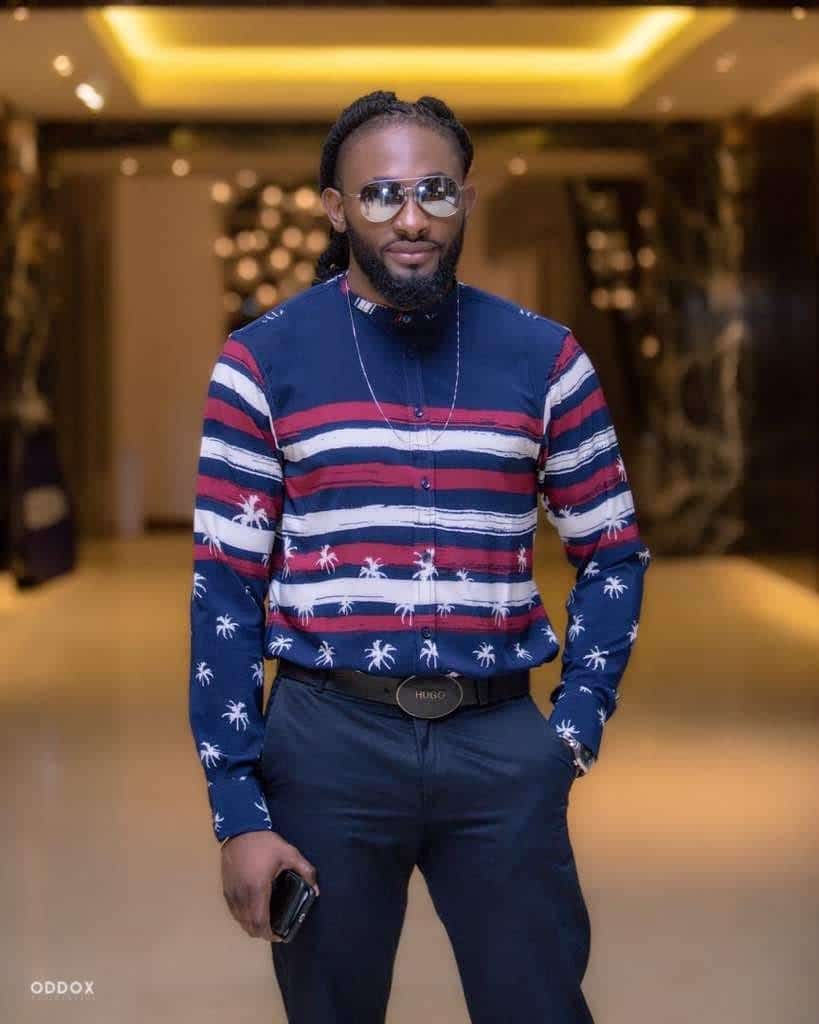 Just like I said, the first time Uti tried auditing for Big Brother Africa (BBA), the date for the audition clashed with the date for his University school examination, which made him miss his first ever BBA audition. But this didn’t stop him from going for what he believes in.

On the 3rd season of BBA, Uti Nwachukwu was evicted third. However, due to his looks and charisma, Million of fans in Nigeria, Ghana, Kenya, South Africa took a huge liking to him, and two years later he returned to the show as a part of the All-Stars season of Big Brother.

In the show, Uti’s character was on display, and just like how he describes himself, he was seen as the guy who endlessly teased his roommates. Out of fourteen participants, he was crowned as a winner of the All-Stars season of Big Brother show.

After coming out victorious in the reality show, Uti Nwachukwu’s life positively changed forever. He started getting the roles in big Nollywood movies and start doing music collaborations with some of the biggest Nigerian Musicians and celebrities.

The BBA winner most famous TV shows and movies include;

The actor is also a TV presenter on the Jara show. His overwhelming fame and popularity also led to him becoming an official ambassador of youth for Delta State and a tourism ambassador for Cross River state.

No matter the success and fame he’s enjoying today and right now, the actor says that he is still incredibly thankful to the Big Brother show that opened the doors to having a successful life for him. Apart from acting in various movies, he also recorded a few music albums of his own.

His debut single “Go down” was released in 2010. Uti believes that music helps him cope with any problem he’s facing. Even though he emphasized that for him, Music is not a career, but for personal pleasure, the fans still think highly of his songs, which surprisingly gave him awards like NMWA Best Alternative Video.

Uti’s explained that his music style is alternative rock and explained that he is truly passionate about this and hopes that lots of rock music fans across Nigeria will fall in love with his catchy tunes.

He also won the 2012 GIAMA Best New Actor held in the USA.

Till date, Uti has released just a few albums and has kept working his way up to the top of the alternative rock elite.

10 Things To Know About Uti Nwachukwu.

1. Uti Nwachukwu was birthday is 3rd August 1982.
2. Uti Nwachukwu was born in Lagos, Nigeria.
3. The actor, TV personality is a native of Ndokwa from Aboh Kingdom in Ndokwa-East Local Government Area of Delta State, Nigeria.
4. He holds a diploma in Computer Science and Education.
5. Sir Uti had previously worked as a banker during which he auditioned to be on the third season of Big Brother Africa.
6. The actor disclosed that his mom and dad are his Heroes.
7. He also won the 2012 GIAMA Best New Actor which was held in the United State of America.
8. His favorite quote is “Those who dare to fail miserably are the ones who often succeed greatly”.
9. Uti has dined with rich, famous and prominent Nigerian entertainment stars, including the likes of Helen Paul, Mike Ezuruonye, Nancy Isime, and Bimbo Manuel, just to mention a few.
10. Uti is a strong supporter of Chelsea Football Club.