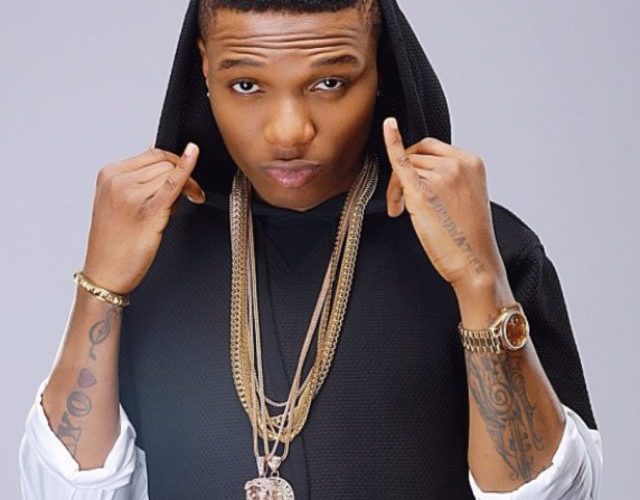 Wizkid is one of Nigeria’s most entertaining artists, thanks to his beats and great lyrics, He’s more popular today, and to imagine that He’s just in his 20’s, makes it even harder to ascertain the amount of stardom he has gathered within a short period of his career in Music.
It’s no doubt that someone with Wizkid caliber in Music will have hundreds, thousands of Ladies flocking around him and waiting to call him their own. Before pinpointing anyone here, I would love to point out to you, that Wizkid is among the Nigerian celebrities with the highest numbers of Followers on Twitter and Instagram.
To be brutally honest with you, Musicians like Wizkid, with Millions of Hard Female fan base, will find it Hard to see someone who truly loves him for who he is, and NOT what he has achieve so early in Life.
Wizkid always have Ladies flocking around him, and here are the few Ladies we have confirmed that Wizkid dated till date.
Before listing these Ladies, You should fully be aware that Wizkid, also Known as StarBOY ONLY dates Gorgeous, well Endowed and Beautiful Ladies.
Disclaimer: Please take note, that we are not saying these are the ONLY girls Wizkid dated, He may have dated others which we are not aware of. These ladies, are those whom he (Wizkid) decided to show the world he’s dating. 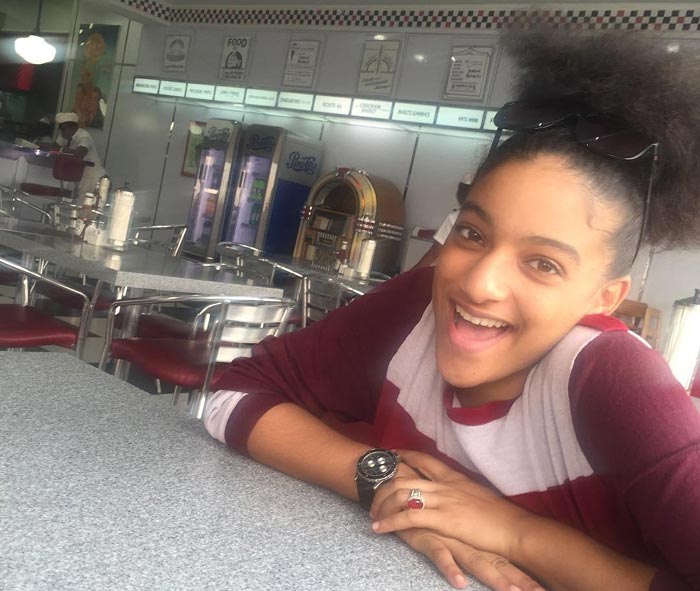 The first girl we can confirmed Wizkid started dating when He came into Limelight, is the ever smiling and pretty Sophie Rammal.
Just in case you are wondering who Sophie Rammal is, here’s a brief biography on this beauty.
Sophie Rammal is a Lebanese citizen and surely, as you can see, a Lebanese beauty. Sophie Rammal dated the “Holla at your Boy” crooner during his teenage years. But it seems their relationship was not made to last, as they soon parted ways.
Sophie Rammal was sighted StarBoy CEO’s debut music video titled “Holla At Your Boy”. 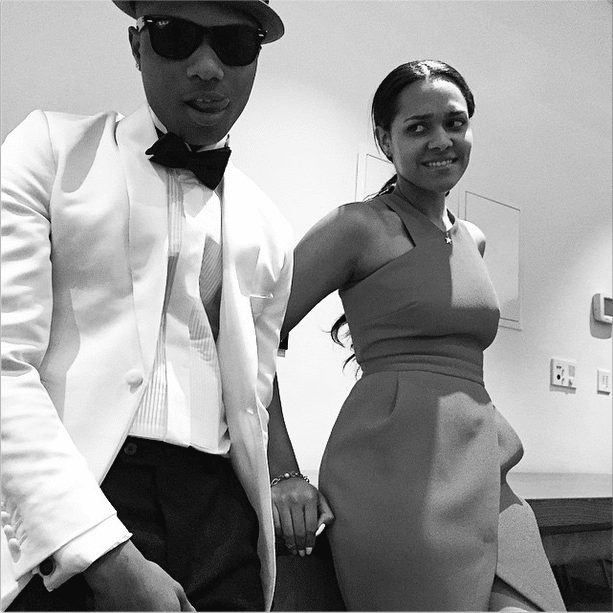 Can I say that Tania Omotayo is the most Popular of all Wizkid’s girlfriends? Because her relationship with Starboy certainly made national headlines, thanks to his fame and her beauty/achievements in life.
Tania Omotayo, I can confirm here, dated Starboy few years ago. Their Relationship is bittersweet, because they were an On/off couple, no thanks to Social Media, where they were constantly under scrutiny.
Despite a couple of social media hints and drama that led to their eventual breakup, these two lovebirds struggled to keep their relationship away from the media. According to a representative from Wizkid team, who said and I quote below: “Tania broke up with Starboy due to numerous girls always surrounding him, but both parties agreed to be friendly towards each other”. She kept her distance and missed a lot of his events and performance, which confirmed their breakup. For example, she was absent at Wizkid 25th birthday party which was held in South Africa. 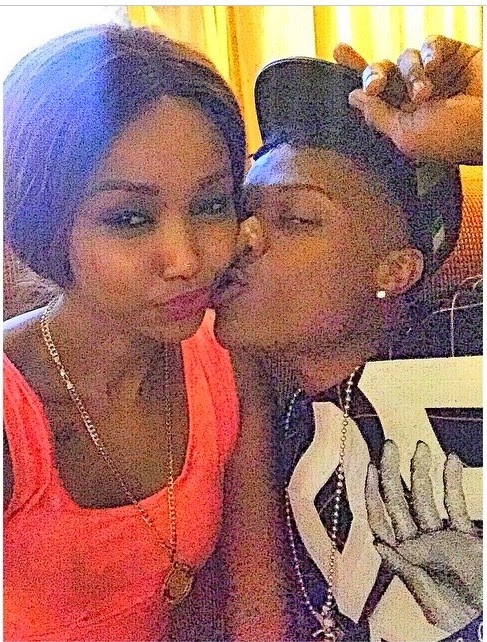 If you know Hudda Monreo¸ you certainly know she courts and dates controversies.
Once upon a time, in the Life of Wizkid, aka StarBoy, there was rumors that Wiizkid is having an affair with the former Big Brother Africa contestant, Hudda Monreo.
Just like I said of her love for controversies, she went on to confirm the rumors by posting Cozy pictures of them together on instagram. There was absolutely no words from Starboy Team, because even the artist Never confirmed or denied a relationship with the well-endowed and beautiful Hudda Monreo.
Honestly, which Guy in his right senses won’t want a date/fling with the beautiful Hudda Monreo? 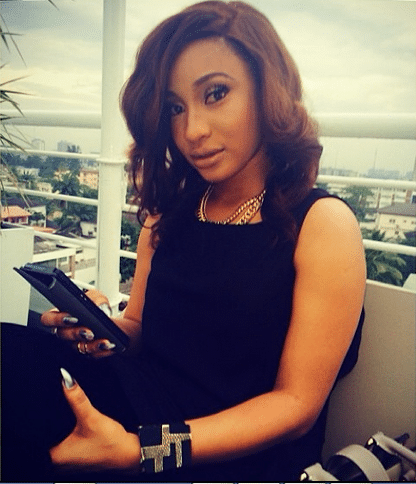 It was rumored that Tonto Dike was once Wizkid’s girlfriend

This is another Relationship in the Life of Wizkid that he never discussed, mentioned, denied or either confirm.
If you’re a Nigerian, or an African, You will certainly know of Tonto Dikeh, the Beautiful, always smiling and talented Nollywood Actress. It was alleged that the fast rising star, Wizkid had a secret romantic affair with the sultry actress, Tonto Dikeh.
However, when she was asked about her relationship with the musician, She replied to the rumors by saying: “Wizkid is just a friend on twitter, am not in a relationship with him”. Wizkid never directly replied on the relationship between him and Tonto Dikeh, rather, he speaks in Parables, saying; “I am single, even though I have a lot of girls around me”.
However, fast forward to 2018, Tonto Dikeh is now a Mother to her son, named King. But filed for divorce from her estranged husband, on the ground of Lies/wife beating. 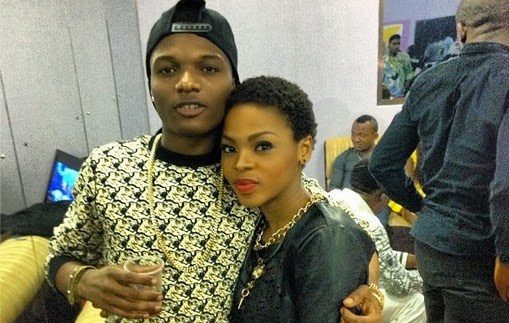 Lastly, but absolutely not the least on the list of Girls Wizkid has dated, is Chidinma Ekile.
In all honesty, Chidinma Ekile seems to be the kind of girl who you take home to meet your Mama.  There were rumors that Wizkid once dated Chidinma, all thanks to an interview, when the starboy confessed that he has a huge celebrity crush on Chidinma Ekile. This is what he said and I quote below: “I have a huge crush on Chidinma for a long time… she doesn’t know it but its true”.
Now, thinking of someone in Wizkid Caliber, dating any girl won’t be too hard for him. But there was absolutely no proof as to if they were dating.
The only guy we can comfortably say that Chidinma dated, is Flavour. Who she didn’t hide, as she splash his pictures on her instagram stories. However, their love is confusing, because she usually deletes his pictures after a few months, then add it back again.
Favour is currently a father to two children from different Women. One thing these ladies have in common? They are all ex-most beautiful girls in Nigeria, of which Chidinma is not.